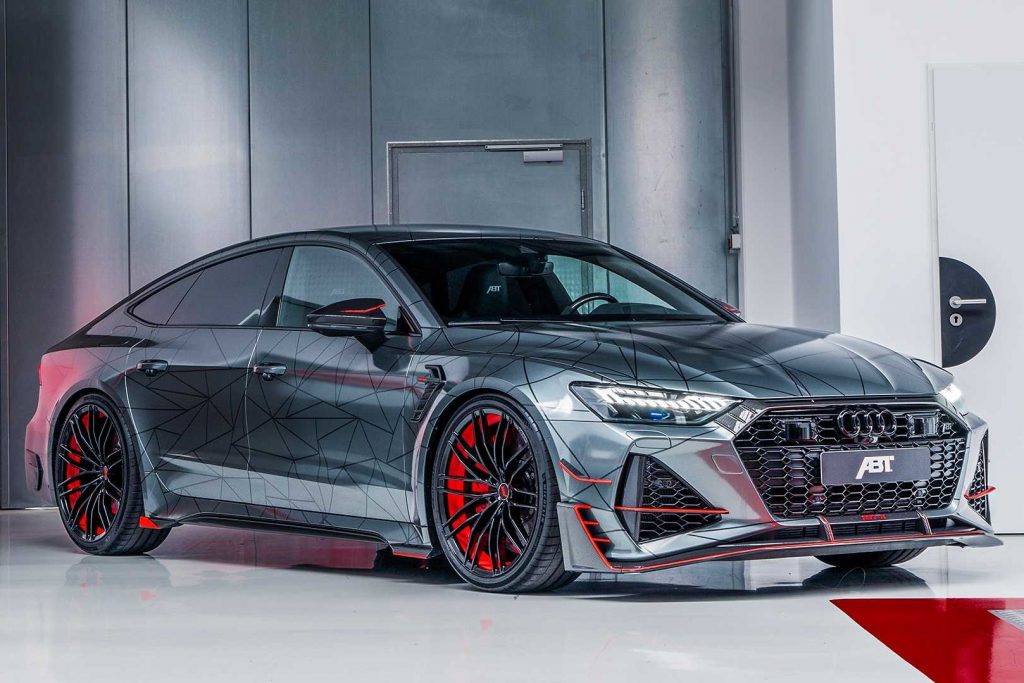 The new Audi RS7 Sportback has already paid a visit to the headquarters of tuners ABT Sportsline but now they have dialled it up even more with the limited edition RS7-R package.

In typical ABT style, they did not leave the cosmetics untouched with aero components fitted all over the show to give the car a much meaner presence and stance. They even went as far as replacing the RS-style oval exhaust pipes with a quad exhaust system which looks superb. Completing the exterior is a set of 22-inch wheels and a full-body wrap.

Inside the tuner added some more carbon fibre and leather while the centre console now has a badge pointing out the amped-up RS7 Sportback will be a limited affair as only 125 cars will be converted to the RS7-R specification.

Unfortunately they did not provide us with performance figures but you can be guaranteed that it will rocket to 100 km/h in less than 3.6 seconds (the stock model claim).

ABT will be revealing something on the 5th of April as well as something in June which will likely be the RS6-R and possibly a RS Q8-R.