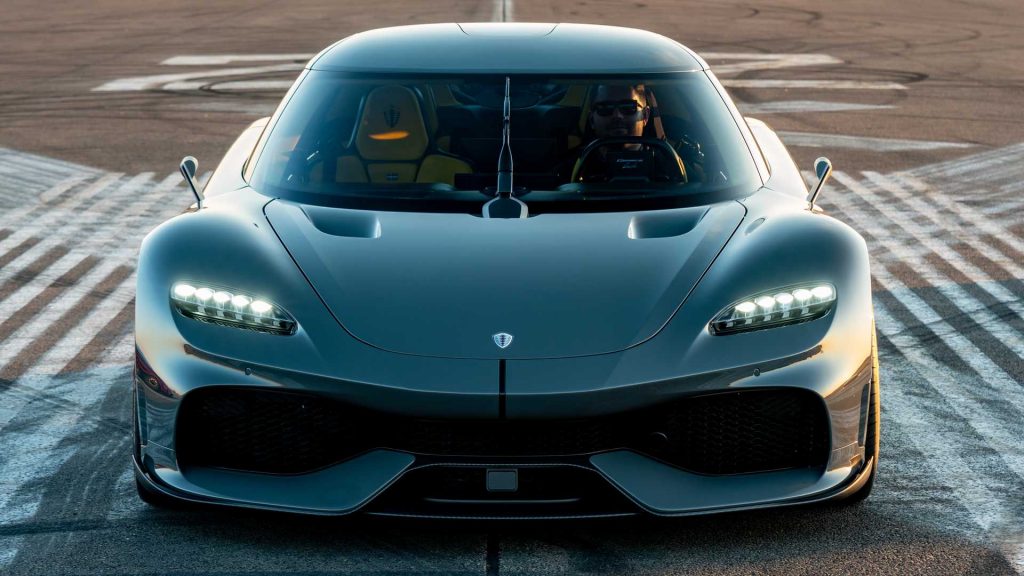 Koenigsegg revealed their fully-fledged four-seater hypercar called the Gemera last month and already someone has managed to secure a build slot and put it up for sale.

McLaren Charlotte (who subsequently owns Koenigsegg Charlotte) has recently advertised a Gemera build slot for sale so it is from a respectable source. Koenigsegg has said only 300 examples of its high-performance grand tourer will be produced ut the one listed for sale carries VIN 001 which would imply that you would be purchasing the very first production model.

The Koenigsegg Gemera is powered by a three-cylinder 2.0-litre gasoline engine producing an astonishing 600 hp (447 kW) and 600 Nm of torque while working with three electric motors – one on the crankshaft and one for each rear wheel – for a combined 1,700 hp (1,268 kW) and a whopping 3,498 Nm.

Despite being large enough to carry four adults, the Gemera needs just 1.9 seconds to hit 100 km/h and has a total range of 1,000 km with the gasoline tank full and the battery pack completely charged.