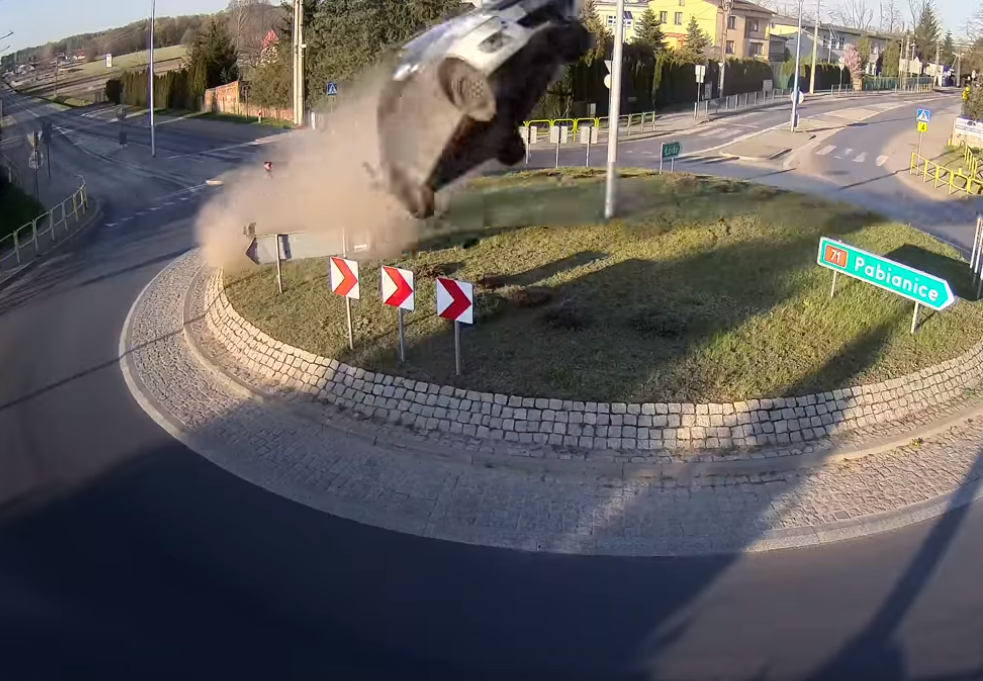 Imposed quarantines and lockdowns around the world making roads extremely quiet. That should result in a drastic reduction of bad drivers and accidents but it seems the driver of this Suzuki Swift missed the memo.

Last Sunday the driver got involved in a horrifying crash after missing a roundabout. You can watch the actual CCTV footage of the incident on the video embedded at the bottom of this post.

The car launched into the air after which is collided with buildings in a cemetery where it came to rest.

As you can see in the image provided by the police (above), the car was completely wrecked. The crash was so horrible, in fact, firefighters had to cut out the 41-year-old driver to get out of the vehicle before he was transported into a nearby hospital.

The police suspect that the driver was under the influence of alcohol as there was a smell of the substance as he was taken out of the vehicle.

Yet another reminder that driving under the influence will never be okay. It will not only endanger your own life but the lives of others, as well.