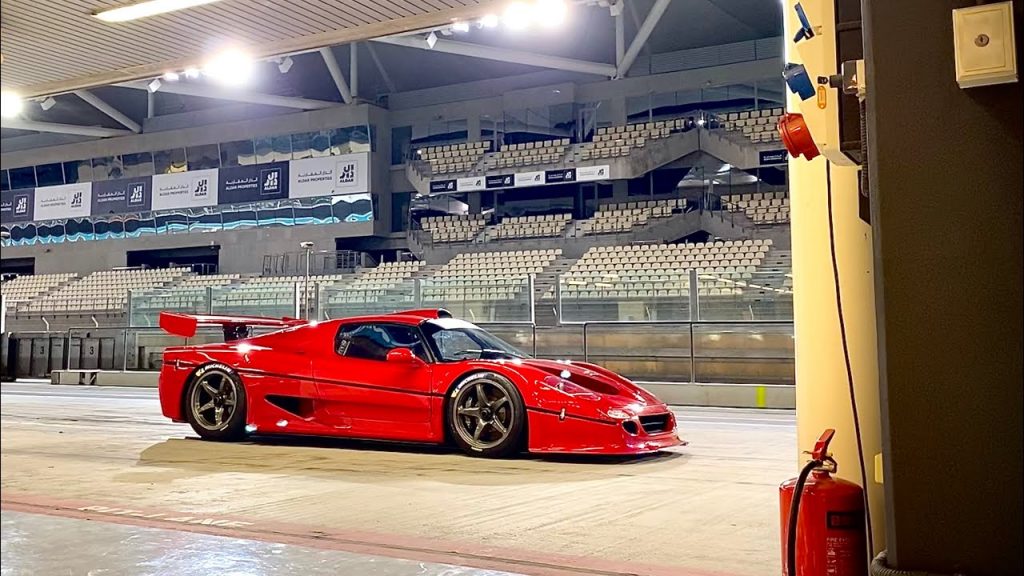 YouTube channel Jon Lancaster recently uploaded a video of a unicorn lapping the Yas Marina circuit in Abu Dhabi and we just had to share it with you all.

That unicorn is known as the Ferrari F50 GT and as you will find out when you push play, the car’s naturally aspirated V12 is intoxicating.

For those who are not familiar with the F50 GT you are forgiven as the project was actually cancelled before it ever competed.

In 1995, the F50 was launched as the successor of the F40 and is a seriously desirable collector’s piece right now. One year after the launch, Ferrari developed a GT1-spec F50 GT race car and built three examples with the help of Dallara and ATR.

This car is one of those three and as you can see in the shot, it can be identified by its roof scoop and large rear wing. The V12 still displaces 4.7-litres but the generates a whopping 739 horses compared to the 512 in the road car. This engine is mated to a 6-speed sequential transmission which allows the racing machine to sprint to 100 km/h in just 2.9 seconds and go on to a top speed of 233 mph (375 km/h).

It’s so good to see and hear machines like this leaving their pristine humidity-controlled garages to tear up some world-class tarmac.

Ferrari
Share. Facebook Email Twitter LinkedIn WhatsApp Telegram
Previous ArticleFerrari Now Worth More Than Ford and GM
Next Article 3 Things Every Exotic Car Owner MUST Have at All Times