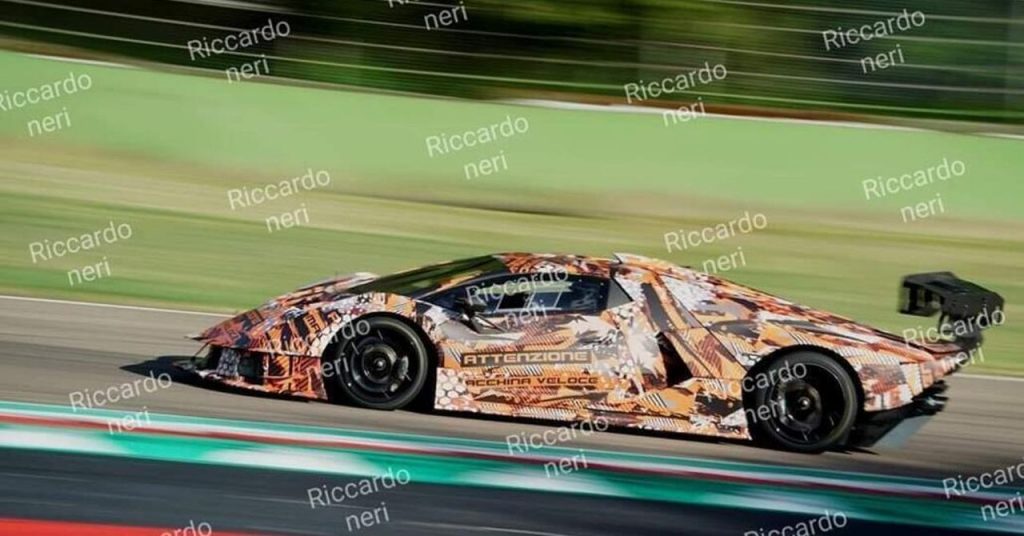 We know Lamborghini is busy with a V12 track car after they released a teaser video back in March but now we get our first look at the Bull and it looks totally bonkers.

The folks over at TheSupercarBlog managed to get hold of the image above which gives us a great look at the side profile of the SVR (name not confirmed) and it looks like it is ready to enter (and win) the Le Mans.

Sources claim the V12 will be naturally aspirated with as much as 830 hp (619 kW) on tap and able to rev to an ear-shattering 9,000 rpm. It will apparently be fitted with a new 6-speed Xtrac gearbox and production will be limited to 40 units.

Nothing has been made official yet but we know it will be fast considering that is what it says on the side of the door (Attention: Fast Machine in Italian).