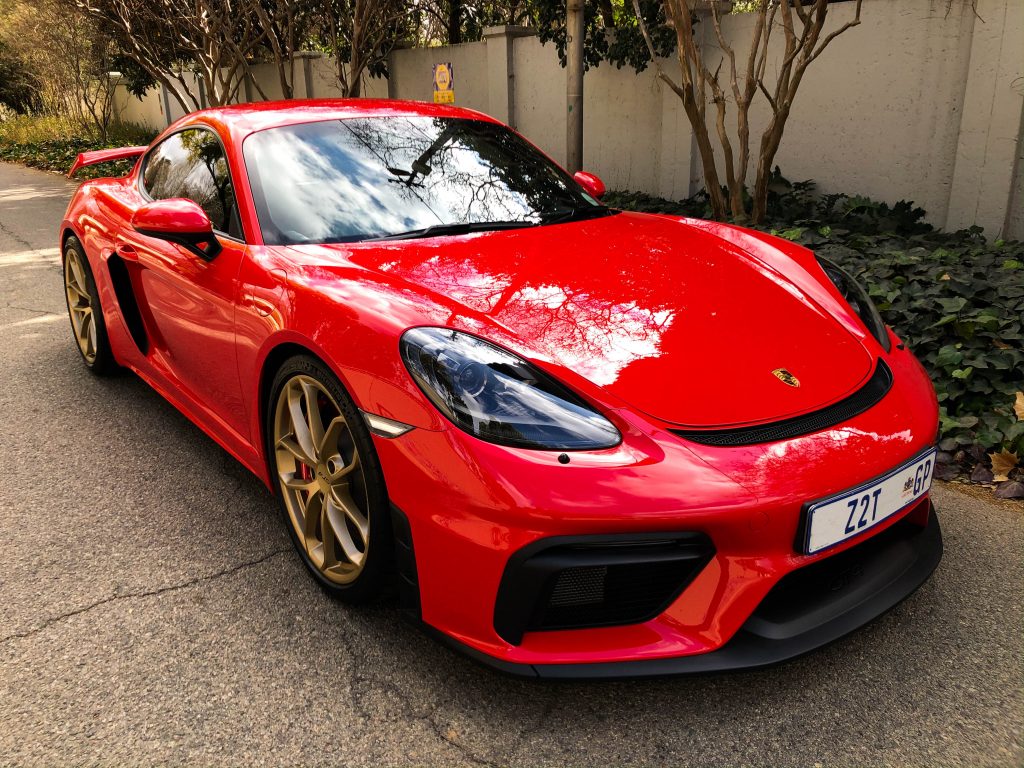 We had seen a few reviews on the 718 generation Porsche Cayman GT4 so we knew it was good but for the first time in a very long time, this was one test car where we really struggled to hand the keys back.

Take one look at it and you will immediately know it is their most track-focused Cayman thanks to the large rear wing with lightweight fixtures and an added bonus is that it is absolutely glorious to look at, from every angle.

The new GT4 shares a very similar recipe with the older model which means the front axle is still taken from the GT3 while at the back, the architecture is largely carried over from the common Cayman, but with inverted dampers in true motorsport style.

Under the skin, you will find a 4.0-litre naturally aspirated flat-six that spins to 8000 rpm delivering 414 hp (309 kW) and 420 Nm of torque which gets you to 100 km/h in 4.4 seconds. Unfortunately, to keep up with constantly shifting emissions regulations, the Cayman GT4 sports a pair of particulate filters in certain markets but lucky for South Africa, we get away without them so that six-cylinder sound is unfiltered and you are rewarded with a glorious howl. Power is sent exclusively to the rear wheels via a magnificent six-speed manual transmission from the previous GT4. In this generation, however, you get a shortened lever delivering a glorious light, mechanical action with a flick of the wrist. There’s an auto-blip function, activated by a button on the centre console, that will automatically match revs on downshifts and it works very well.

The engine might be related in kind to a 992’s but in practice it feels just like a Porsche GT engine. The throttle response is superb especially above the 4500 rpm mark so the secret is to keep the crank rotating above 5000 rpm at all times, although the true magnificence is reserved only for the last 2000 rpm, at which point the GT4 feels, and sounds, rabid.

Sit behind the wheel and you will be greeted with a neat, simple layout and a steering wheel that hits the sweet spot. The diameter and rim girth are just right and you will not find a single button, toggle or scrolling dial to detract from its primary role.

The GT4 is lower and stiffer than the regular Cayman offerings so you can expect handling to be rather precise and you would be correct. It might as well be part of your central nervous system as the steering reacts to the tiniest finger flex and thanks to the Michelin Pilot Sport Cup 2s, it clings to the tarmac like a go kart.

You do not get such sharp and impressive handling without compromise. Driving the GT4 for four days in a row actually took a toll on the body and I found myself needing to take a break after some longer stints behind the wheel. It is a harsh ride which is expected but around some of the degrading roads in South Africa, it is just unpleasant.

Find some smoother swooping roads and you will never want to climb out this toy. This new GT4 is a beautifully balanced car, the front and rear axles working in harmony through both fast and slow corners. In fact, it’s probably the best balanced Porsche we have ever driven. This, combined with the sublime precision of the steering and the superbly crisp throttle response, allows you to place the GT4 exactly where you want it, exactly when you want to, and to effortlessly adjust your cornering line if needed.

At R1.7 million (base price), there is not much to match this level of precision, balance and feel and little beyond it in terms of pure behind-the-wheel appeal. This chassis setup is sensational and although we are not implying that cars have feelings we can confirm that the best cars stir emotion in their drivers and boy does this car stir hard.