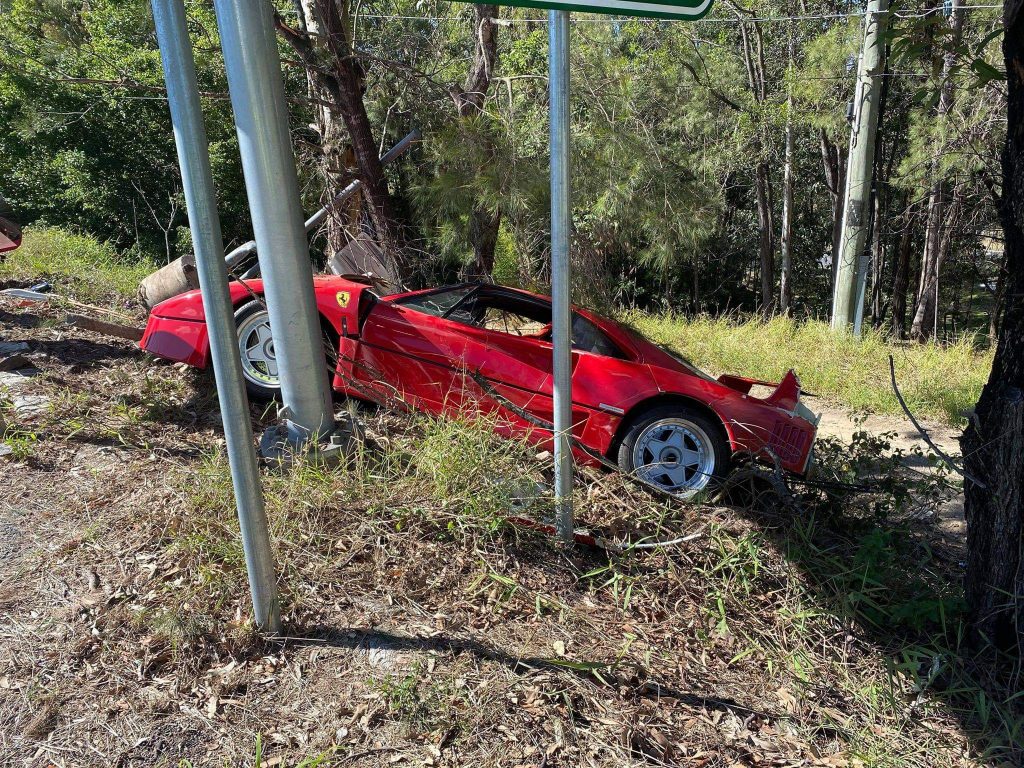 Currently, a Ferrari dealership is hard at work resurrecting the completely burnt out F40 from Monaco and now an Australia dealership will have to perform some repair work too after another example has crashed in Nerang, Queensland.

According to Twitter user Tupperwave, the incident happened a few hours ago and as you can see the exotic machine took out a few utility poles.

A police spokesman said the occupants were not injured in the crash, and that the driver has not yet been charged with any offences.

What caused the crash is not known but it was wearing a temporary dealership plate used for test drives. Could it be a test drive gone horribly wrong?

If they are attempting to salvage the burnt Monaco example, this will very likely be returned to showroom condition in the near future.