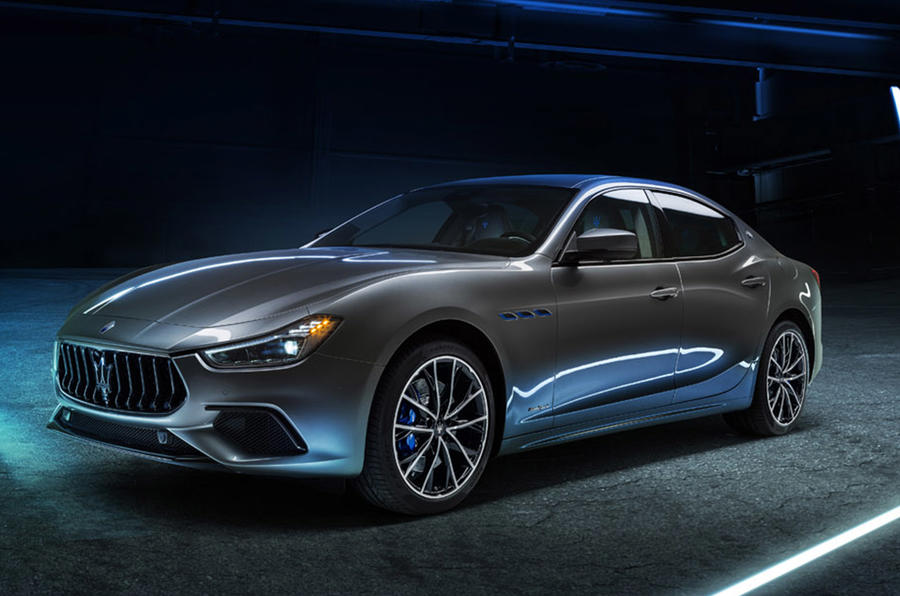 Maserati is embarking on a big electrification move and it has started with the reveal of a mild-hybrid version of the Ghibli saloon.

This model will replace the V6 diesel variant with a 2.0-litre four-cylinder turbo petrol engine and a 48V mild-hybrid system which develops a combined 325 hp (242 kW) and 450 Nm of torque.

Maserati claims that not only is the performance on a par with a petrol V6 but it also emits 25% fewer CO2 emissions.

The Ghibli Hybrid will be able to accelerate from zero to 100 km/h in 6.2 seconds thanks with power being sent to the rear wheels via an eight-speed ZF automatic transmission.

The 2.0-litre engine is actually a modified Alfa Romeo unit which received a new ECU and “tweaks” to produce more torque. Just like other mild-hybrids, the 48V system powers an eBooster that fills in the torque gaps before the turbo spools.

On the styling front, you will be hard pressed to notice the subtle changes but they do include a new front grille design, blue trim detailing and an exclusive Grigio Evoluzione grey colour.

The exhaust has also been tweaked to ensure it makes the “unmistakable sound” of a Maserati engine without being artificially enhanced.

Take a look inside and you will see the latest MIA infotainment system which is faster and produces better resolution on the 10-inch touchscreen.

Production will begin in September with the Levante and Quatrroporte models set to receive the same system soon.