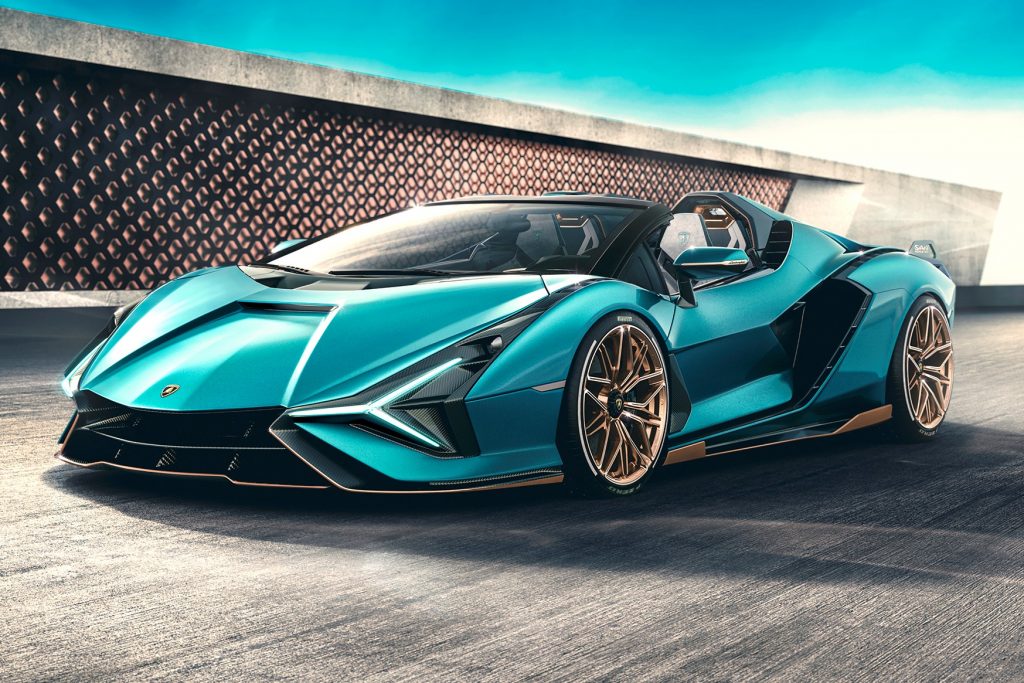 The teaser was a complete giveaway but who cares as the Lamborghini Sián Roadster is official and it looks mesmerizing.

Just like its coupé counterpart, it borrows the fire-breathing 6.5-litre V12 from the Aventador SVJ but adds a 48-volt mild-hybrid system. Total output is 819 hp (602 kW) which is enough to get the Roadster to – damn! Lamborghini says all that grunt shoves the Sian Roadster to 100 km/h in less than 2.9 seconds and all the way to a top speed of over 350 km/h.

Just 19 units will be built, all of which are already sold, of course, making it a fair bit rarer than the coupe which will see a 63 unit production run.

Each owner will spend a lot of time with the Ad Personam crew so you can expect some wild specs to arrive. This car is finished in Blu Uranus with a white interior and some rose-gold tinted wheels officially called Oro Electrum.

“The Sián Roadster encapsulates the spirit of Lamborghini,” says Stefano Domenicali, Automobili Lamborghini Chairman and Chief Executive Officer. “It is the expression of breathtaking design and extraordinary performance, but most importantly embodies important future technologies. The Sián’s innovative hybrid powertrain heralds the direction for Lamborghini super sports cars, and the open-top Sián Roadster affirms a desire for the ultimate lifestyle, Lamborghini, as we move towards a tomorrow demanding new solutions.”