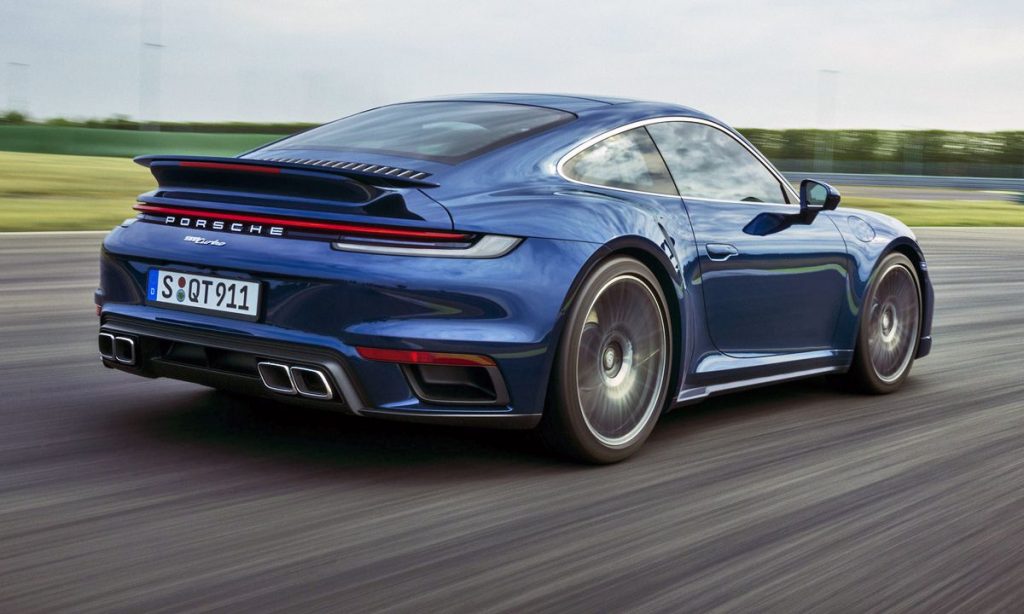 Porsche has revealed the Coupe and Cabriolet versions of the 911 Turbo that sits just below the monstrous Turbo S but it as as fast as the 991.2 Turbo S.

Powered by a twin-turbocharged, 3.8-litre flat six engine, the Turbo pumps out 572 hp (427 kW) and 750 Nm of torque with an overboost function. That’s a 40 hp (30 kW) and 40 Nm increase over its predecessor, which is achieved through a redesigned charge air cooling system, and symmetrical variable geometry turbochargers with electrically controlled wastegate bypass valves; changes that are claimed to deliver a more responsive, freer-revving power delivery.

Just like the Turbo S, the Turbo sports a wider stance than its predecessor – track has increased 42mm at the front and 10mm at the back – a step taken, says Porsche, to improve steering precision.

If you wish, you can add the sports exhaust system as well as a Lightweight Design package which sheds 30 kg thanks to reduced sound insulation, no rear seats and lighter front seats.

The new Porsche Turbo S is available to order now and is priced as follows;

This includes a 3 year Driveplan.