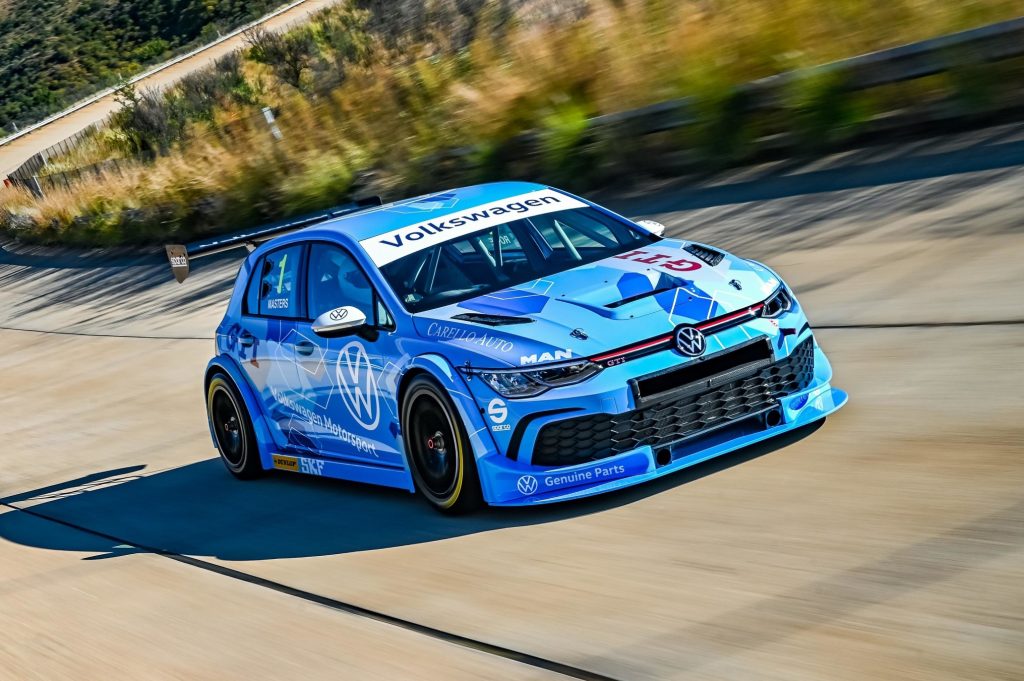 Volkswagen Motorsport has taken the covers off their new Global Touring Cars (GTC) racing car which as you can tell uses the new Golf 8 GTI body.

“For the past four years we have been racing with the Jetta. Since the Jetta is no longer offered in right-hand drive markets, we had to find an appropriate successor and that is where the idea to use the Golf 8 GTI came from. Even though the Golf 8 GTI will only be officially launched and available from South African dealers in 2021, we wanted to use this opportunity to showcase the Golf 8 GTI’s performance attributes ahead of the local market introduction,” said Martina Biene, Head of the Volkswagen Brand.

Volkswagen Motorsport will compete in the two Golf 8 GTI’s in GTC1 and will be driven by 2019 GTC champion Keagan Masters and Daniel Rowe, the 2016 GTC2 champion.

Volkswagen Motorsport will also be represented in the SupaCup, which replaces GTC2, by 2016 Driver Search winner and 2017 Polo Cup Rookie winner, Jonathan Mogotsi. Mogotsi will be racing the SupaCup Polo, which is a newly developed car for the second tier class within the GTC Championship.

The start of the official 2020 South African Motorsport circuit racing season is still unconfirmed, but it is hoped that motorsport events can resume in August 2020 and the first round will likely start at Zwartkops Raceway in Johannesburg.