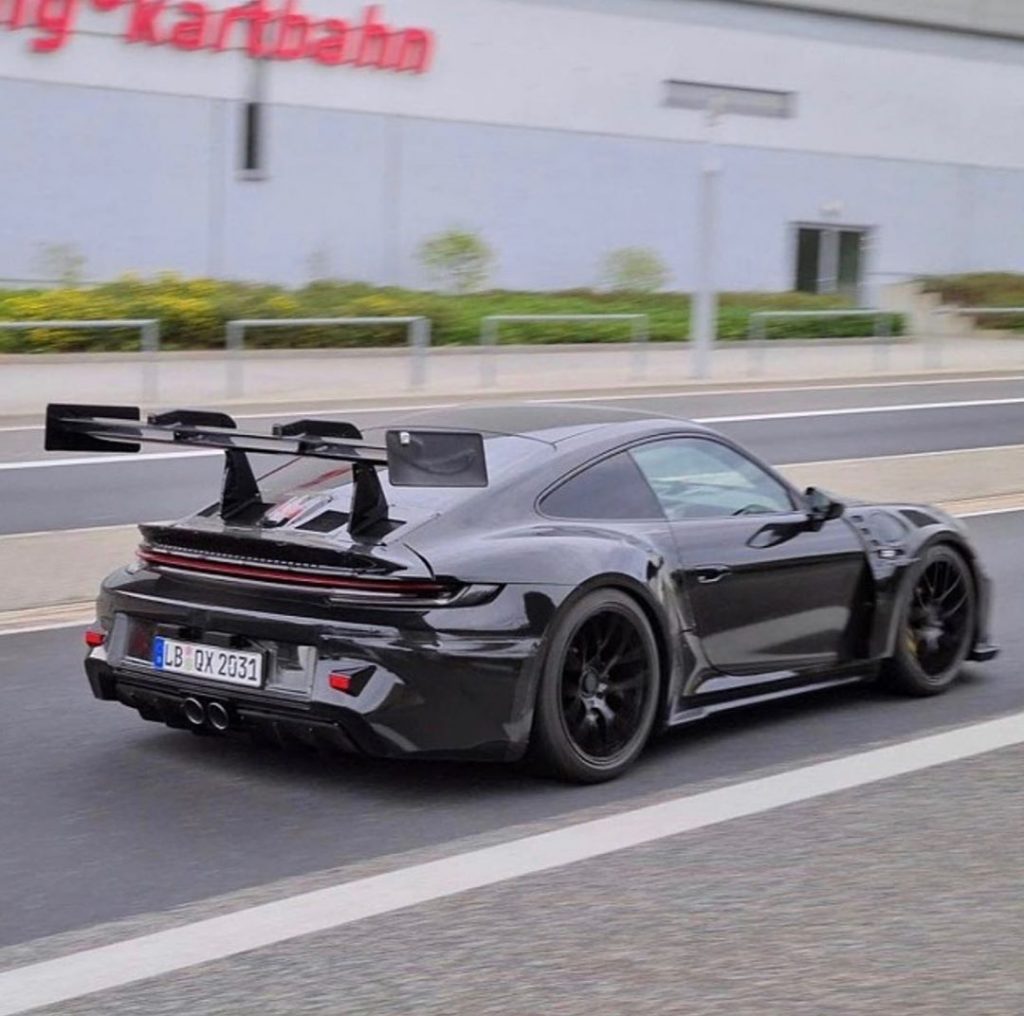 We only have two photos to look at but that sure looks like the first sighting of the next-generation Porsche 911 GT3 RS.

Not only is the rear wing absolutely enormous but it is also sporting a dual-wing design and a swan neck mounting configuration.

Below that the rear fascia shows a centre-exit exhaust which is slightly different to what has been seen on the ‘normal’ GT3 spots. The front view clearly shows the fender vents along with other vents on the hood, and the front splitter looks slightly larger.

Porsche could simply be testing a new wing design for their motorsport efforts but we have to say that those fender vents and rocker panels scream GT3 RS.