Next Mercedes SL Officially Teased For The First Time 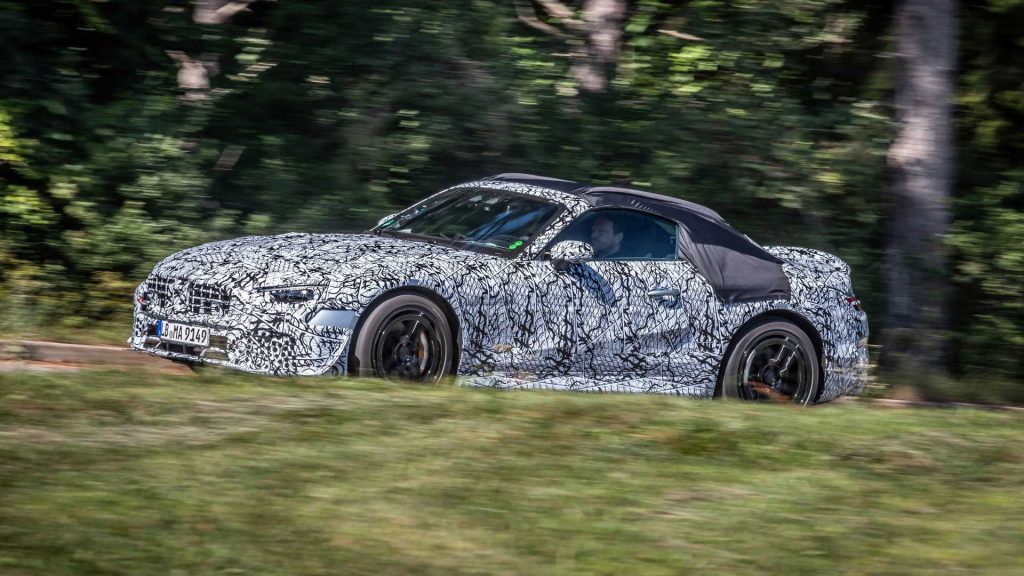 The next-generation Mercedes-Benz SL-Class development is well underway and the German manufacturer has decided to share some official prototype shots.

The overall vehicle development of the new SL will be taken by Mercedes-AMG and as you can see, both cars show a clear family resemblance to the AMG GT. The different exhaust tip designs suggest multiple engine derivatives are being put through their paces.

The camouflage used seemingly confirms that the SL will arrive with a traditional fabric hood in place of the folding hard-top arrangement that has been used for the past two incarnations.

The roadster will be closely mechanically related to the next-gen AMG GT and will sport a range from the RWD SL 43 and go all the way up to a rumored SL 73e 4Matic with a hybridized 4.0-litre twin-turbo V8.

Mercedes is not ready to disclose its launch schedule for the new SL but we believe the open-top tourer will be revealed towards the second half of next year.