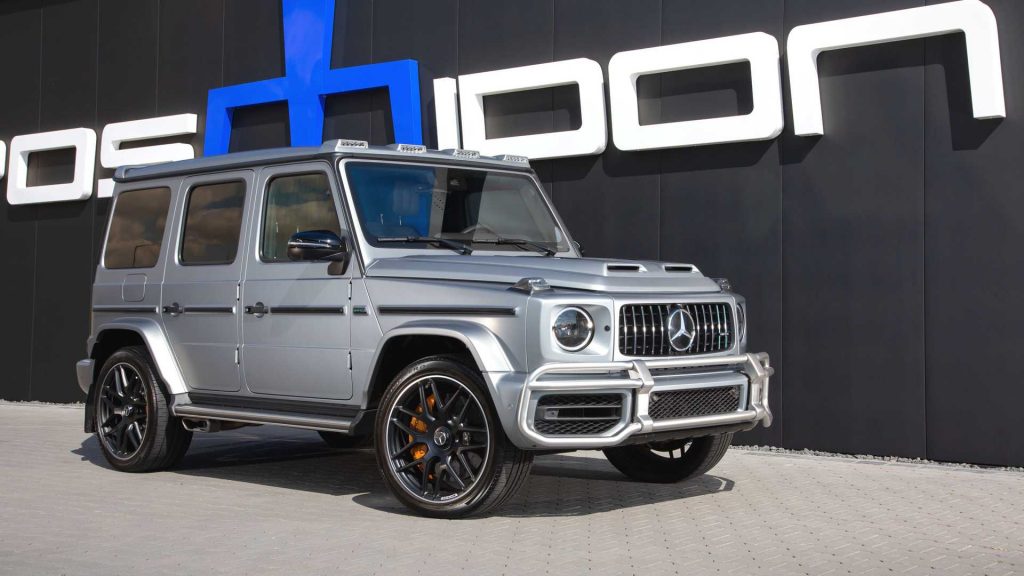 Posaidon decided it needed acceleration similar to that of the Mercedes-AMG GT R so they gave it a healthy boost.

This sort of power gain is not as simple as tuning the ECU and for starters, they swapped out the original turbo’s for a custom pair and also installed a new exhaust system.

They then spent some time tweaking the cylinder heads, intake and cooling, but the ace up the G63’s sleeve is found in the cargo area (see gallery below). That’s where the additional tank was installed to feed the water/methanol injection system for extra boost pressure to reach those spectacular horsepower and torque figures.

The best part about this package is it looks pretty much stock apart from the modified hood with carbon fibre inlets so you could catch many people by surprise at the traffic lights.