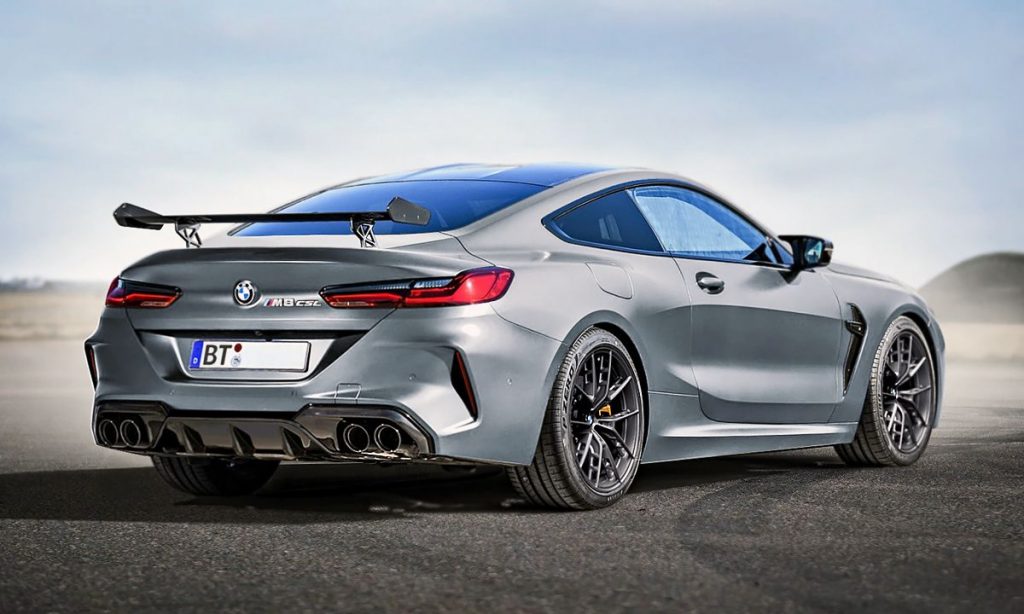 Last week, BMW was seen testing with a very interesting M8 mule which featured a side rear window housing three parallel air vents. Surely that is an indication that BMW was testing some new tech?

Well according to Spanish publication Motor.es, that could be the first test mule for a range-topping hybrid-powered M8 CSL arriving in 2022. The publication continues to mention that it could be powered by a combination of a six-cylinder 3.0-litre unit and electric motors delivering around 700 hp.

Styling-wise the render above by @zer.o.wt is probably pretty accurate as we should expect to see a large wing, lots of carbon fibre and possibly the removal of the rear seats.

In 2019, Markus Flasch, the M CEO, confirmed the possibility of future CS and CSL models. “We will see more limited editions, especially models like the CS and, I can imagine, the CSL,” he said.

“We won’t do this for every car but I would go as far as to say that we also don’t have to stick to coupes only. I can imagine CS and other special versions also will turn up.

“We won’t see the GTS sub-brand in future. There will be CS and maybe CSL. There won’t be a GTS in parallel with CSL.”