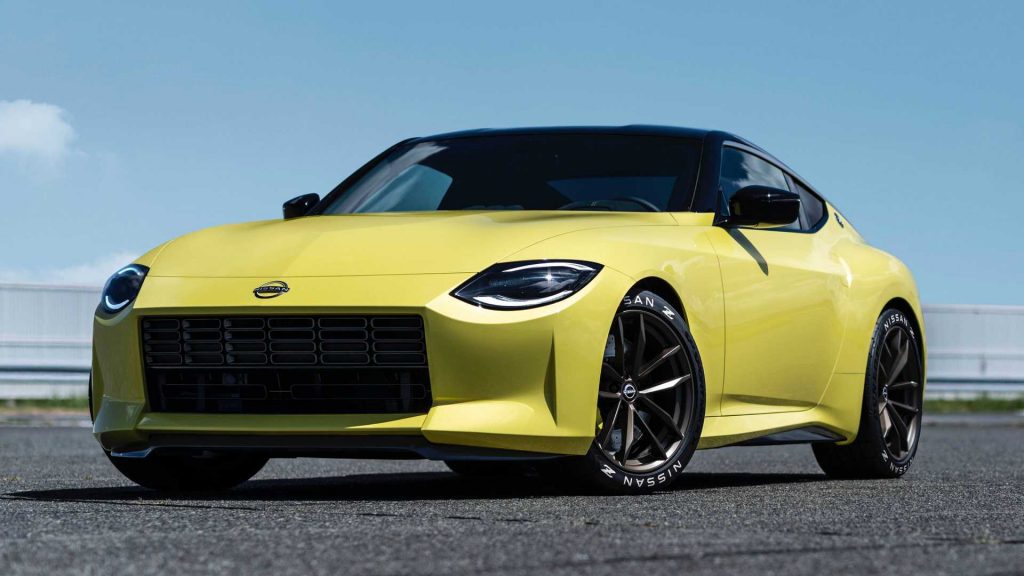 The Nissan Z car was released way back in 1969 and since then it has inspired generations of sports car fans aiming for driver engagement and sense of style.

Today we get our first official look at the latest offering called the Z Proto which will apparently be very similar to the 400Z production model due in the next 18 months or so.

“Our designers made countless studies and sketches as we researched each generation and what made them a success,” said Alfonso Albaisa, Nissan’s head of design. “Ultimately, we decided the Z Proto should travel between the decades, including the future.”

The blend of old and new continues inside, where Nissan claims the Z Proto “seamlessly blends modern technology with vintage Z touches”. Input from racing drivers helped ensure a clear driver focus for the major controls and 12.3in digital instrument display.

What is getting everyone hot under the collar lies under the bonnet. The Proto is fitted with a six-speed manual gearbox and a twin-turbo V6 engine. There are no firm output figures just yet, Nissan only admitting that each new Zed generation “had a more powerful engine”, but it’s almost certainly the same V6 as found in the Infiniti Q60. If that is the case, we should expect upwards of 400 hp (298 kW) from the new Z.

Chief product specialist Hiroshi Tamura claims the car is about more than speed. “Z is a balance of power and agility. It’s a vehicle that creates a connection with the driver not just on the physical level but also emotionally,” he said.