Prior Design Building What Audi Did Not, An RS2 Coupe 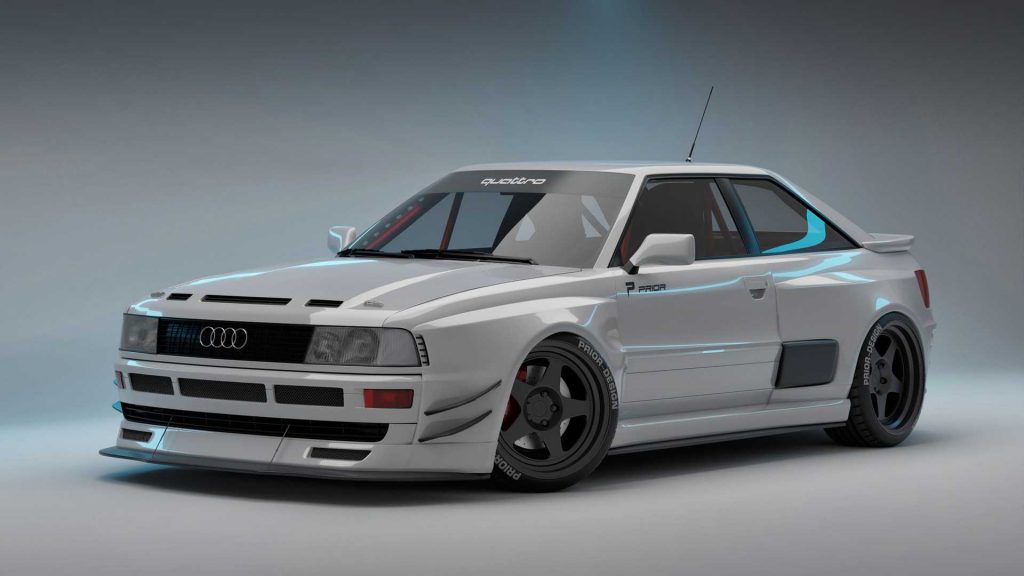 The Audi RS2 Avant was a hugely popular wagon when it was launched around 25 years ago but for some reason, the German manufacturer never built it in coupé form.

Prior Design has collaborated with Jean Pierre Kraemer at JP Performance and Dr Rouven Mohr “Dr Crazy” to create this absolutely epic RS2 Coupe based on the Audi 80 B3.

The whole process took the team four months and inspiration was taken from not only the original RS2 Avant but also from some of the more recent RS creations.

The bodywork extensions at both ends of the build are the most obvious throwbacks to the original and give it a proper race car look.

Prior Design says it plans to build exactly 40 examples of the kit and will begin accepting orders later this month. The tuning company has only released computer drawings of the package so far and we are really eager to see a complete car in person.