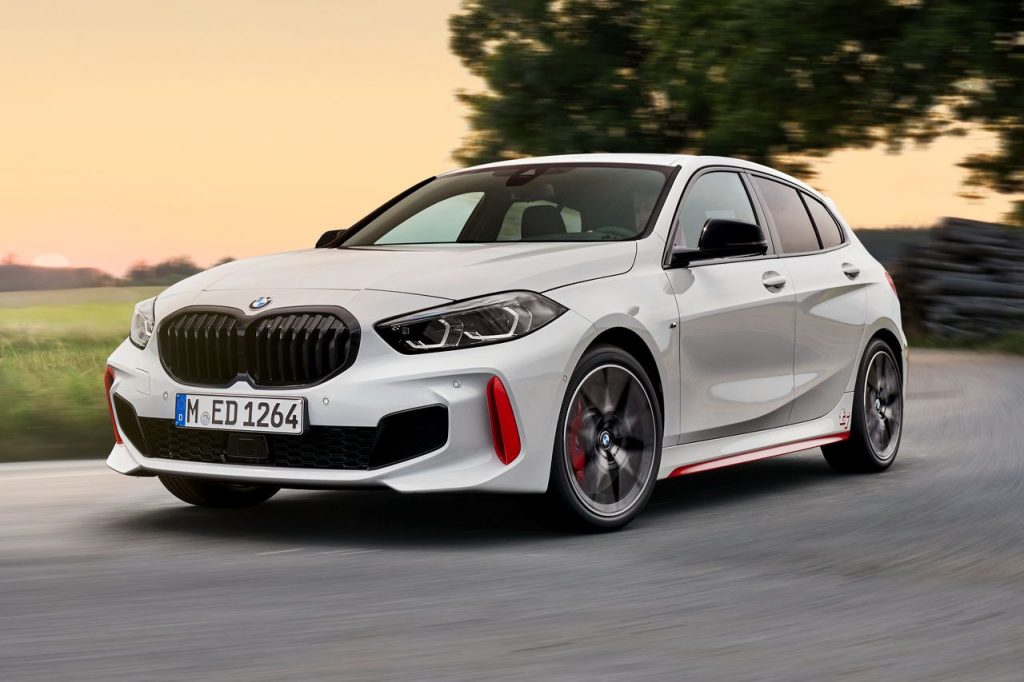 BMW has fully revealed the new front-wheel-drive hot hatch known as the 128ti and it has its sights set on the iconic Volkswagen Golf GTI.

It has been 15 years since the famous ‘ti’ badge (Turismo Internazionale) so what should expect from this hot little 1er?

Unlike the flagship 1 Series, the 128ti’s engine sends all the power exclusively to the front axle but this power is directed through the same eight-speed auto gearbox. In an effort to minimise torque steer, BMW has also added a Torsen mechanical limited-slip differential, which the company says will improve traction by directing power to the wheel with the most grip.

Engineers managed to cut 80 kg off the kerbweight compared to the M135i which should improve the handling and acceleration.

Styling-wise you will notice it stands out from the rest of the lineup thanks to the red accents but if you look carefully you will also notice a more aggressive body kit with wider side skirts, as well as a new front splitter and a carbon-fibre rear diffuser and red accents on the bumpers.

The mirror caps are also made from lacquered carbon fibre, while buyers can choose from either 18-inch or 19-inch alloy wheels.

The BMW 128ti will be launched in Germany next month and has been confirmed to make its way to South Africa early in 2021. At this stage we do not have local pricing but if the M135i xDrive tag sits at the R780,000 mark, we can assume this will undercut the R700k mark to compete with the new Golf GTI.