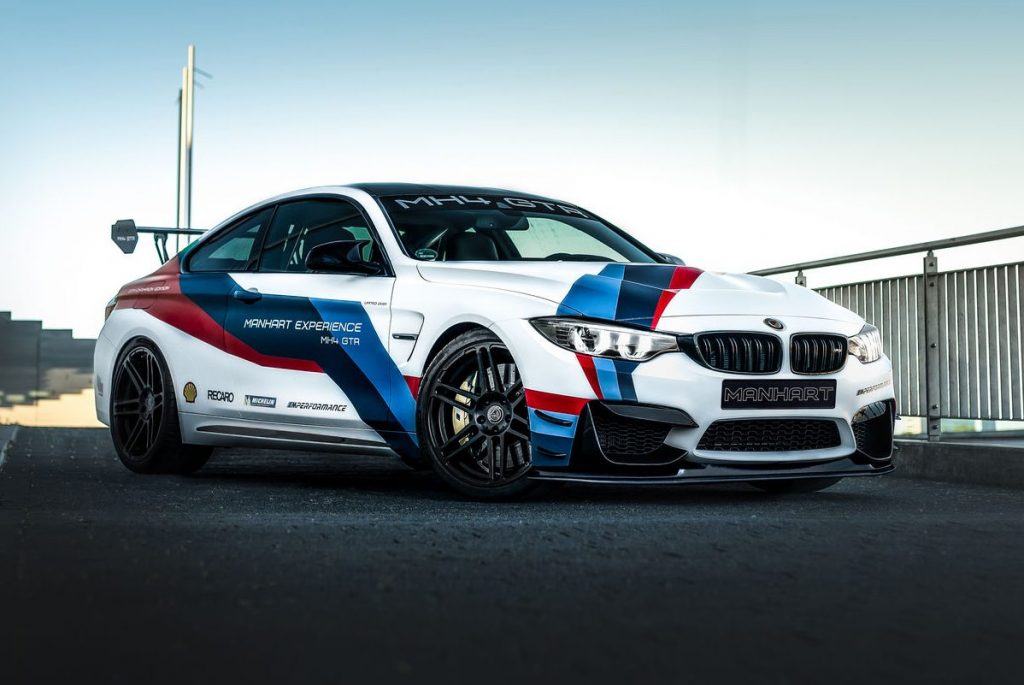 Manhart Performance has taken the covers off their creation known as the MH4 GTR but to translate it is their take on the limited-edition BMW M4 DTM Champion Edition.

The tuner also tweaked the dual-clutch transmission to handle the substantial increase in power.

The exterior changes include a new front splitter, carbon fibre diffuser and a huge rear wing as well as a set of 20-inch Manhart Concave One wheels.

Inside the steering wheel is lathered in Alcantra and carbon while the normal seats have been replaced with Recaro buckets.

No mention on performance numbers but you can be sure that things have improved here especially once those rear wheels hook into the tarmac. That may take a while considering the amount of torque has almost doubled.