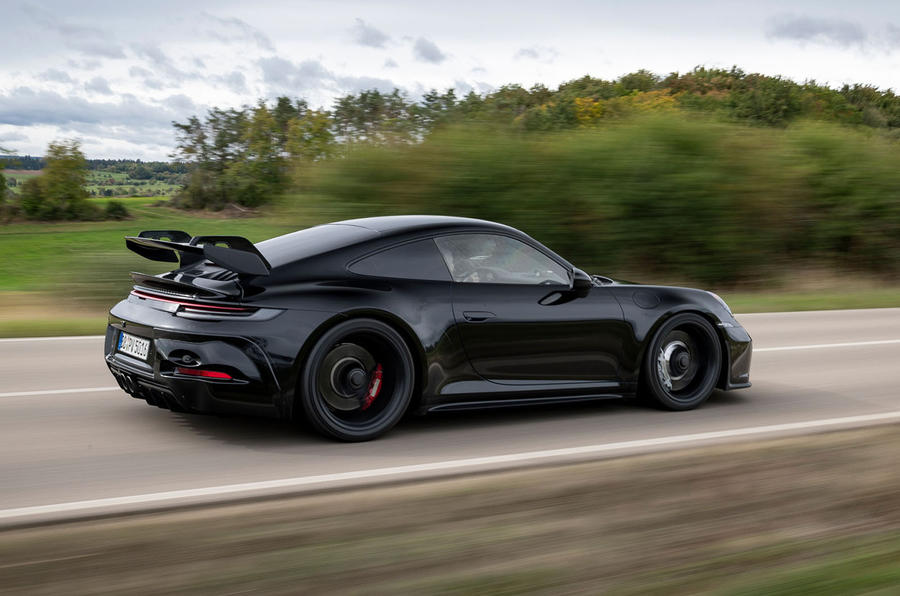 Porsche will be revealing one of the most anticipated sports cars of 2021 in the near future so what do we know about the all-new 911 (992) GT3.

While talking to Autocar, Porsche’s GT line director Andreas Preuninger confirmed that it makes use of a “modified Speedster engine” but what is modified exactly? The 992-gen 911 GT3 will have to pass regulations not applicable to the 911 Speedster during its production cycle, but thankfully the 4.0-litre naturally aspirated flat-six revs to the same glorious 9000 rpm.

Preuninger confirmed it would push out 503 hp (375 kW) which is a minor power bump over the 991.2 GT3 but more than enough knowing the gains the new GT3 will achieve in other areas.

Preuninger did point out that there won’t be any more weight, saying: “I didn’t want the car to be heavier. That was critical. It has to be bigger because I’ve got the 992 body now, but I don’t want to carry more weight.”

As you can see in the shots below, it has received some significant changes compared to the 991.2 GT3 in particular the new rear wing. With all the tweaks and aero testing, this new GT3 actually delivers a 50% increase in downforce but without any increase in drag. That’s significant, not just for track speed, but because Preuninger wants the GT3 to be quick at high velocities. “We live in Germany with autobahns and I want it to accelerate heavily until you see a ‘three’ as the first of the triple digits. After that I don’t care,” he says.

Inside you will find the usual GT3 specific instrumentation and drive modes, which have been simplified and reduced to just Normal, Sport and Track. There is also the choice of the seven-speed PDK automatic or a six-speed manual.