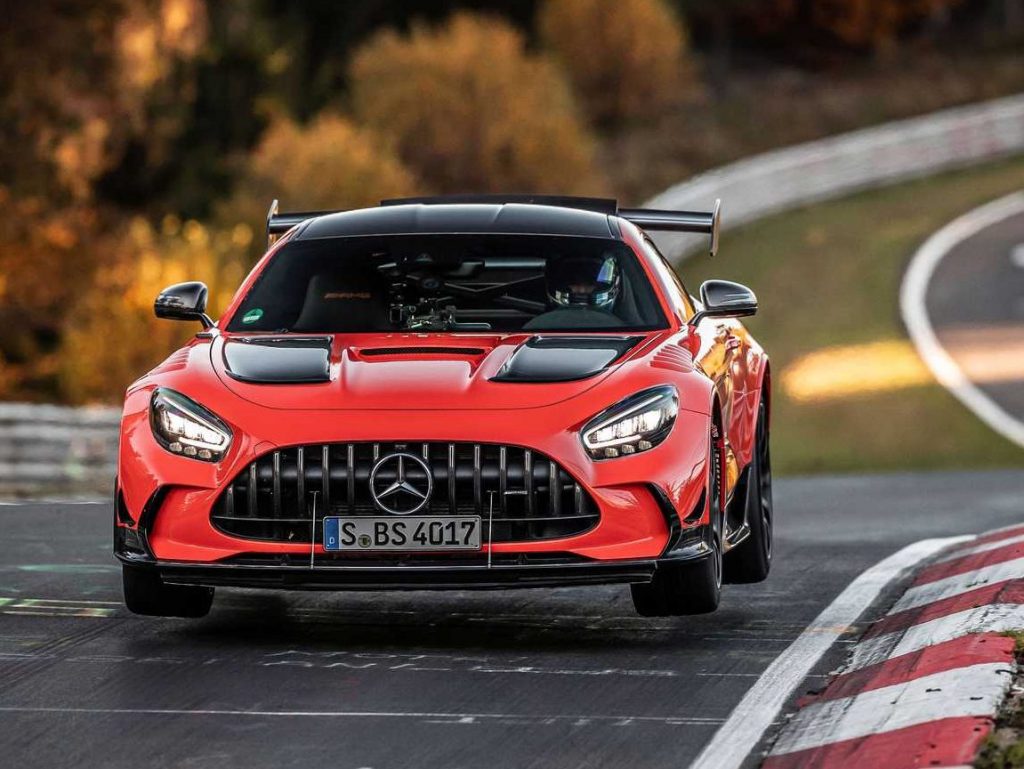 Setting a time of 6:43.61 makes it marginally faster than the Lamborghini Aventador SVJ time of 6:44.97.

They did not tweak anything on the car that future Black Series owners cannot do wither making it a true production car lap record.

To make this run, Mercedes-AMG engineers dialled in the adjustable coilovers with a small drop in the front and back. 3.8 degrees of negative camber was set at the front with 3.0 degrees at the back, and the adjustable sway bars were set for the hardest settings. Additionally, the driver made use of AMG’s nine-stage traction control settings, switching between the sixth and seventh positions depending on the section of the track.

The record run was achieved using Michelin Pilot Sport Cup 2 MO tires, which are standard equipment for the Black Series.

GT3 racer Maro Engel was behind the wheel and had the following to say;

“That was a really impressive ride. With speeds of up to almost 270 km/h in the Kesselchen section of the track or well over 300 km/h on the long Döttinger Höhe straight, the AMG GT Black Series is significantly faster than my GT3 race car”.

“To finally drive around the Nordschleife in 6:48,047 minutes with a production road car in these track conditions is really awesome. Like my GT3 race car, the AMG GT Black Series offers a lot of adjustment possibilities, all of which enabled me to create a setup that was tailor-made for me” he added.