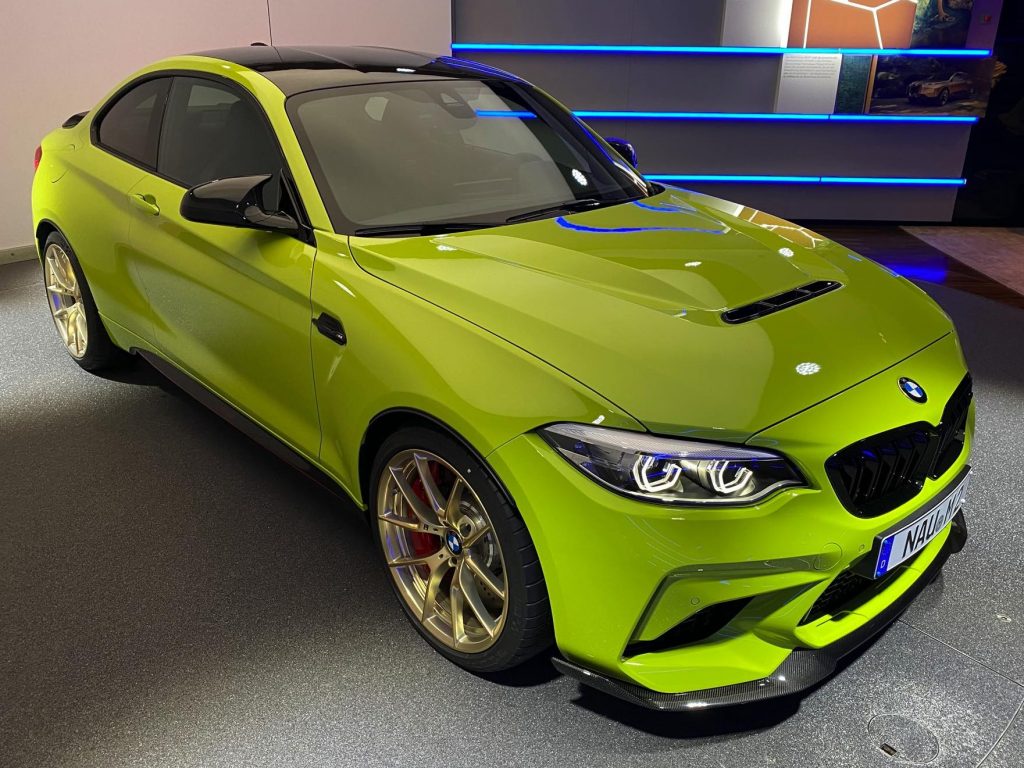 The reviews have poured in on the BMW M2 CS and as you can imagine, it has not disappointed.

When ordering the BMW M2 CS, you have the choice between four paint options; Misano Blue, Alpine White, Sapphire Black and Hockenheim Silver. If your name is Steffen Krebs however, you will be able to convince the Bavarian manufacturer to paint it any colour you want.

The owner of this Birch Green variant, Mr Krebs, is a longtime BMW Individual customer and someone who appreciates unique and interesting coloured BMWs

The fluorescent Lamborghini-Esque hue looks absolutely magical on the range-topping 2er but we would exchange the gold wheels with the black finish option.

“When Steffen Krebs calls BMW Individual, a mixture of anticipation, curiosity and respect for the upcoming challenge should immediately turn on one or the other warning light. Because if one of his contacts in Garching is definitely known, then it is his almost insatiable thirst for maximum individuality and very special vehicles. In recent years we have been allowed to accompany him on several vehicle collections and reported on some unique items, including the unforgettable BMW 1 Series M Coupé in Java Green. The story of the Green Mamba is now being continued by a BMW M2 CS in Birch Green, which combines several special features.

The latest addition to Steffen Krebs’s fleet is not just another example of the naturally rare BMW M2 CS, but actually the last one built for Europe. It is also the last BMW M2 of the F87 generation built for Europe, the last European BMW with a DKG gearbox and also the last vehicle with individual paintwork in Birch Green – because at least according to the current status, the paint is no longer produced by a single paint manufacturer in the world offered. The preparations for the painting in Birch Green and the fulfillment of other special requests at the BMW plant in Leipzig took a total of around 18 months.

The many small details that were able to be realized by BMW Individual Manufaktur go far beyond the normal level of individual paintwork. The side skirts painted exactly according to the ideas of Steffen Krebs catch the eye, with an upper part in Birch Green, a surface in high-gloss black and a red contour line. Carbon flaps from the M Performance range perfectly round off the individual look.

The red reference to the work of BMW Individual Manufaktur on the side skirts reminds you of the special features of this BMW M2 CS, which is unique in many ways, every time you get in. There is no question that the 450 hp compact sports car has a lot to offer regardless of the individualization implemented here – but aspects such as the design of the carbon bonnet or the golden light alloy wheels develop a completely different effect in conjunction with the Birch Green paintwork.” – GreatWhiteM2