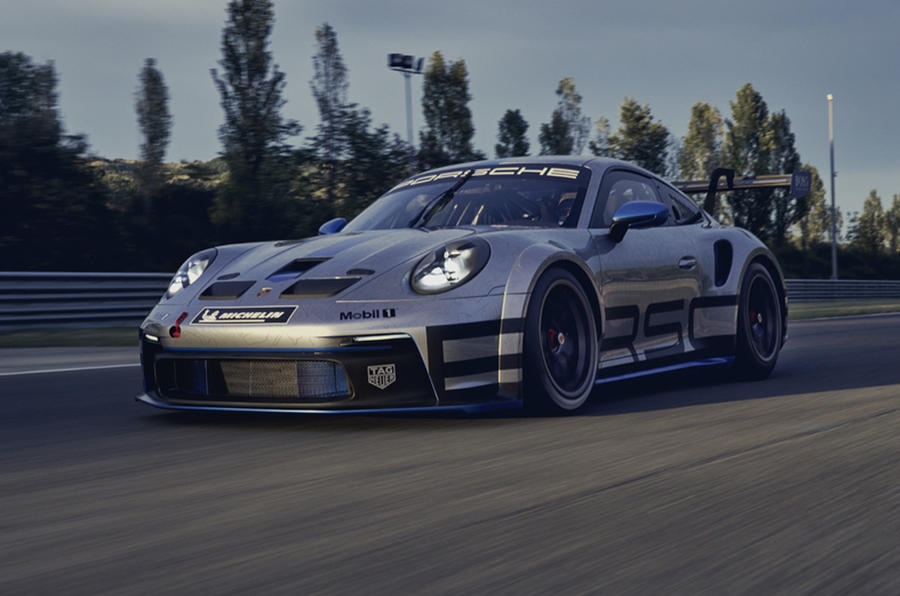 While we wait for Porsche to officially show us the 992-gen 911 GT3 road car, we get a very decent idea of the road-going version with the introduction of the track-only 911 GT3 Cup.

The previous generation’s 4.0-litre naturally aspirated flat-six engine is carried over, but peak power is up by around 25 hp at 503 hp, while torque remains unchanged. More significantly, the engine has been configured to run on synthetic fuels, which, Porsche claims, “significantly lowers” CO2 emissions during a race.

The dry-sump motor requires a maintenance check after every 100 hours of track time, but a “minor inspection” of the six-speed sequential gearbox is needed every 60 hours.

This GT3 Cup version now sports the wide-body from the 911 Turbo which means it is 28 mm wider than the car it replaces and also makes use of a pair of extra cooling vents ahead of the rear wheels.

As you can tell in the included shots, the wing, as well as the front splitter, has grown too offering improved aerodynamics to set the best possible lap times.