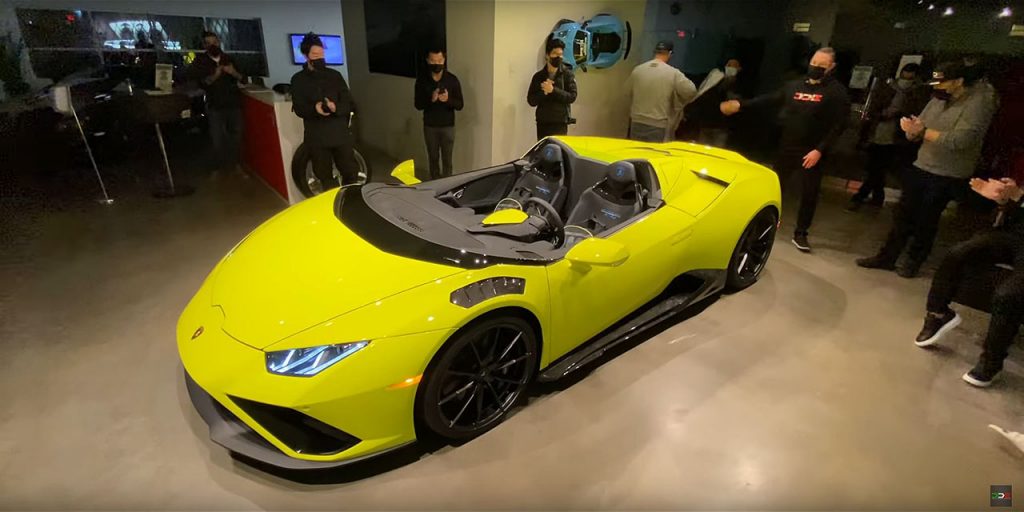 Ever seen DDE on YouTube? Well, it is a hugely successful and popular channel coming from the States and the latest creation comes in the form of the only Lamborghini Huracán EVO RWD Aperta in the world.

Dubbed the Huracan EVO Aperta, meaning ‘open’ in Italian, Damon (owner of the channel) says he took the inspiration from some of the great open-air cars produced by other manufactures such as the Mercedes SLR McLaren Sterling Moss edition, Ferrari Monza, and the Aston Martin V12 Speedster. Since Lamborghini never really produced an open-aired supercar like this, he decided to make it on his own, choosing the Huracán EVO RWD as the starting point.

As you can tell, this was not a simple case of chopping off the roof and removing the windscreen. Giving the Aperta a much more menacing look is a new body kit made of carbon fibre by Vorsteiner which is clad in vibrant yellow 3M vinyl.

Alongside an FI exhaust system, the V10 is no longer naturally-aspirated as it has been fitted with a VF Engineering supercharger that pushes the power output to 840 hp from the original 610 hp.

Obviously, for a full rundown and overview of this unique Sant’Agata Bolognese creation, you can hit play in the video below.