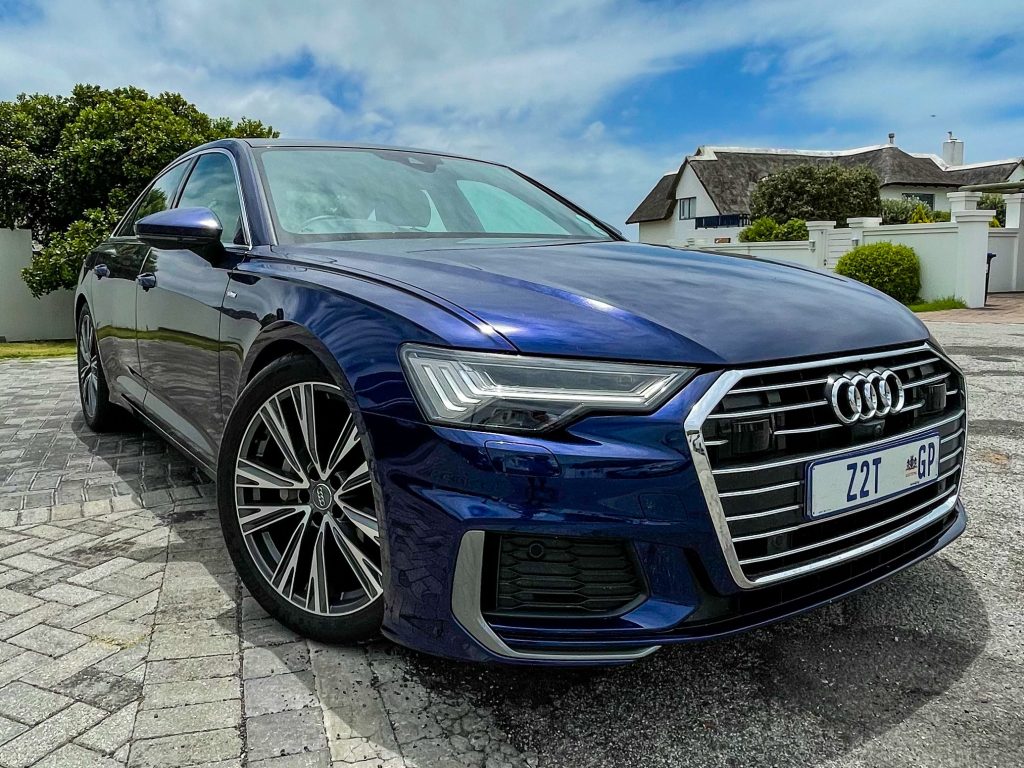 Thanks to the kind folks at Audi South Africa we were handed the keys to the latest A6 for the festive season and boy are we glad they did.

Yes, this website focuses on high-performance and range-topping vehicles but it was so refreshing to hop into something as sensible as a diesel A6 to cruise some of South Africa’s finest roads.

The A6 exterior is an evolution of the previous model but the styling does look lower and more sporty and they have fully achieved the whole ‘baby A8’ look. The fresh styling is subtle but spend a bit more time with it and the subtleties emerge.

Inside, there’s lots of space, particularly in the boot, and for rear-seat passengers. This is not a surprise as it is a big saloon, so it should be spacious.

So then, what does 40 TDI mean? Under the hood you will find a 2.0-litre four-cylinder turbodiesel engine under the crisply-styled bonnet, producing 140 kW (188 hp) and 400 Nm (295 lb-ft) of torque. In this case, it’s bolted to Audi’s seven-speed, dual-clutch S tronic automatic gearbox which sends power to the front wheels only (the 45 TDI is Quattro which of course sends power to all four corners). What is new in this generation is the mild-hybrid (MHEV) system. This 4-cylinder A6 makes use of a 12V MHEV system which allows it to coast with the engine off (including highway speeds), the start/stop can kick in earlier and can also aid the engine to reduce turbo lag. Thanks to this new tech this is comfortably the most efficient car we have ever driven returning an average of 5.6 litres/100 km from Johannesburg to the Eastern Cape and just 5.9 on the way back.

Continuing with the driving experience, if you like slick screens then the A6 interior will tick this box. You get a crisp digital instrument display, a responsive touchscreen for the infotainment system (superb with Apple Carplay) and a separate touchscreen below that for functions such as climate control. The only gripe we have is the temperature gauge and fuel gauge on the outer edges of the display look like they are from the ’90s. Surely it would not be hard to integrate these readouts into the digital display or just incorporate them a little bit better? Anyway, that is really nitpicking so let’s move on.

Once you get used to all the information displayed on the screens and start driving, it doesn’t take long to confirm that the A6 is in its comfort zone sitting on the open road at 120 km/h. When doing this, it’s refined, comfortable and as previously mentioned, extremely economical.

As expected, the A6 is not designed to accelerate hard and grip around corners but one thing we did notice is that if you are at a standstill and need to join a busy road there is a fairly long delay between pressing the accelerator and the forward progress. The chassis is very competent albeit a little low on the engagement or involvement side but the S line’s sports suspension does a commendable job of reducing unwanted body and wheel movements when the car is driven quickly over rough ground.

Audi has seriously raised the bar with their latest A6 saloon. Its A8 looks are backed up by an interior, technology and driving experience to match. The keenest of drivers may find it a little too soft for their liking, but by any other measure, this is one of the most desirable and capable cars in the segment.

List pricing comes in at R919,500 but with a few nice extra’s such as the S line trim, comfort package and some better-looking wheels and you are in the R1 million bracket rather quickly.

If you spend lots of time on the open road and you require a slightly larger car, and not an SUV, then this should be on your list.