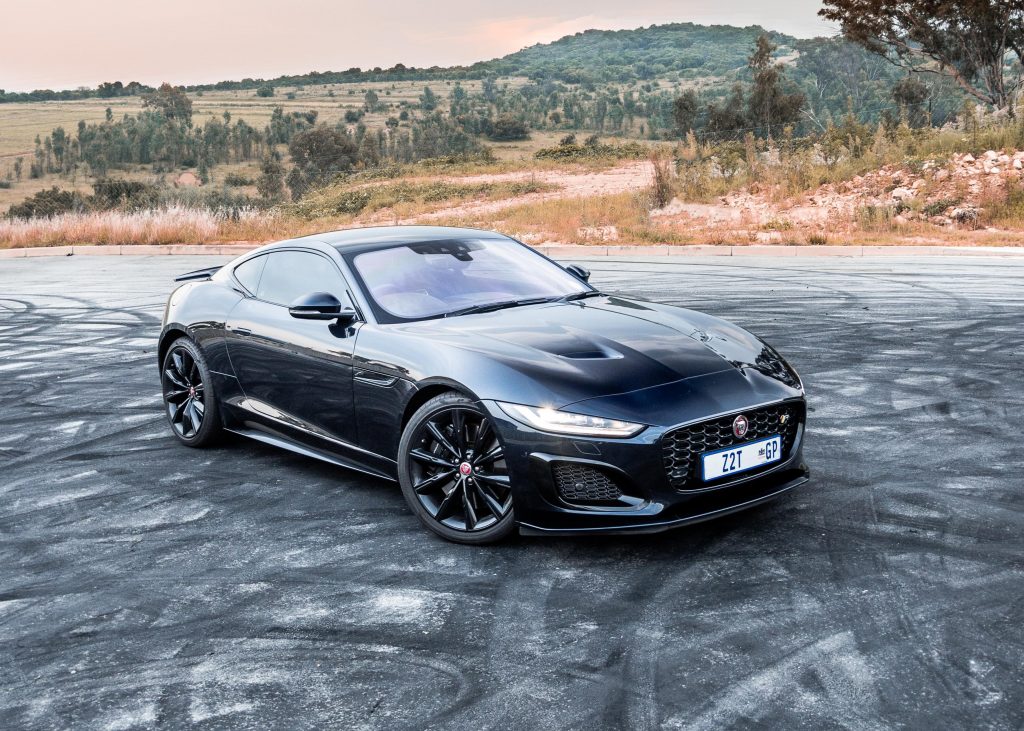 This is the new Jaguar F-Type R. It is not all-new and it is not a completely fresh-from-the-ground-up version of the sporty two-seater but it is the first major overhaul since the F-Type was launched in 2013.

This so-called facelift gets a new face (of course), some new lights, tech upgrades and a beefier version of the sensational supercharged V8 engine.

The styling updates has left the F-Type fans split with some preferring the previous shape and lines and some falling in love with the new updated style. The new bodywork makes it appear sleek and modern with a jolt of aggression thanks to the new headlights and L-shaped LED daytime running lights.

Inside the interior remains largely untouched but the centre console now features a larger 10-inch display. Sadly the screen still makes use of the laggy and finicky Touch Pro infotainment system.

The F-Type R now packs 575 PS (567 hp; 423 kW) and 700 Nm (516 lb-ft) of torque which is the same as the angriest F-Type ever, the SVR. This is connected to a ZF-sourced eight-speed transmission which sends that grunt and twist to all four wheels for truly breathtaking acceleration.

Full throttle sends are met with a screaming, crackling exhaust note that injects a shot of adrenaline into the driver’s veins and anyone else within a 500-metre radius. This could quite possibly be one of the best (and most ridiculous) sounding cars we have ever tested.

Full torque from the 5.0-litre supercharged V8 is available from just 3,500 rpm, so it is very easy to keep it in the power band and crack into blistering acceleration at a moment’s notice. Lift the throttle and the exhaust will wake you up with some sharp cracks, which just encourages you to lay into the throttle once more to get the RPMs back into the sweet spot. Accelerate. Lift. Repeat. It never gets old.

To cope with the increase in performance, Jaguar not only gave the range-topping F-Type R all-wheel-drive as previously mentioned but the suspension was heavily revised too thanks to the use of the aluminium suspension knuckles from the SVR. The adaptive damping,  spring rates, and anti-roll bar stiffness was also re-tubed to make this sports car very pleasant to live with.

These updates have worked a treat as driving around on our less than ideal roads in standard mode is perfectly comfortable for a performance coupé. Jaguar does not over complicate driving modes either which is quite refreshing so if standard is not your thing, pop it into dynamic and everything stiffens up making the car feel nimbler and more eager to play. There is also a toggle for the performance exhaust but we can comfortably say we left it on for 99.99% of the time we had the British machine.

The car we tested came with nearly R240k worth of accessories which bumped the base price up to around R2,7m. The paint alone called Constellation from the SVO Premium palette costs R79,600 while the Meridian sound system added on another R21,000. Why you need a high-end sound system in a car with a soundtrack like this is beyond our understanding but we always say each to their own.

Jaguar did a fantastic job of making the F-Type R more than comfortable enough to be used as a daily driver and furious enough to take to your local track day.

It is a tantalizing proposition that is comfortable, stylish, unconventional, and has an amazing exhaust note but buyers, especially those in South Africa, will have to be die-hard Jaguar fans to part with this sort of money over something just as capable for a fair chunk of change less.

If money was no object, this would without a doubt be added to the garage as the soundtrack alone is worth the dollar. This is a breed that is dying quickly and with Jaguar committing to an all-electric future, we may never get something as raucous as this ever again.