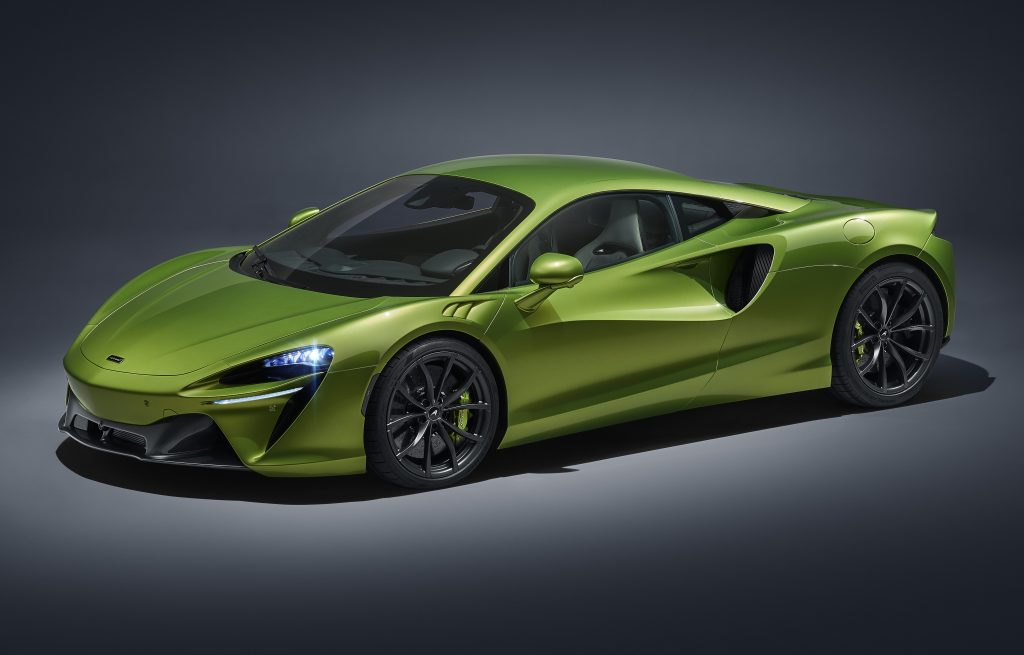 McLaren pulled the covers off the mighty P1 way back in 2012 which was the brands first hybridized product. Fast forward to 2021 and the technology is back in a much smaller package for a much smaller price.

This punch sends the supercar to 100 km/h in 3 seconds flat (just 0.2 seconds slower than the P1) and will run to a limited top speed of 330 km/h (205 mph). Power is sent exclusively to the rear wheels via a new eight-speed dual-clutch transmission.

The E-Motor gets its power from five lithium-ion modules with a combined capacity of 7.4 kilowatt-hours giving it a pure electric range of 30 km (19 miles). Using a standard EVSE charger, owners can recharge their cars from zero to 80 percent in just two and a half hours.

The Artura is also the first offering to make use of the new McLaren Carbon Lightweight Architecture (MCLA). Engineers designed this platform specifically to accommodate hybrid powertrains such as this, with superformed aluminium and carbon fibre allowing for shapely proportions while keeping weight to a minimum.

Inside you will find another first for McLaren with the introduction of the new McLaren infotainment system (called MIS II), complete with a high-definition touchscreen, Apple CarPlay and Android Auto, and new track telemetry software with a Variable Drift Control function (that the company specifies is for track use only).

Deliveries start in the third quarter this year with pricing to be announced at a later stage. If we were to hazard a guess, we would think it will touch down in South Africa with a tag of around R5 million.