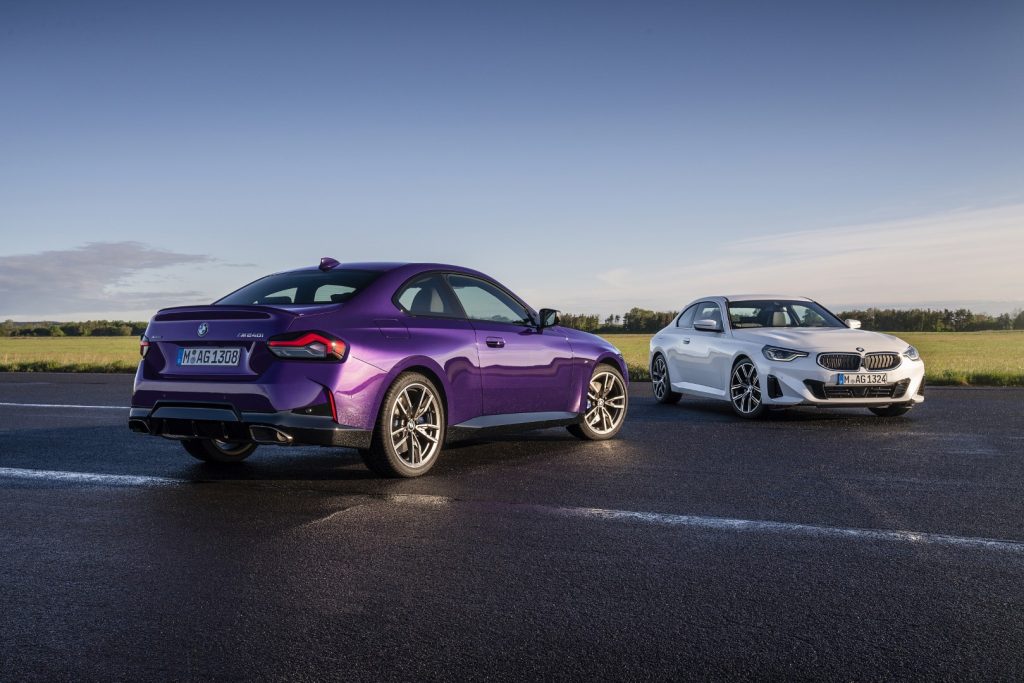 The new BMW 2 Series has been the worst kept secret for quite some time now but it has finally been officially revealed and the designers have not exactly held back.

The initial lineup includes the rear-wheel-drive 220i and 220d followed by the spicy M240i xDrive each paired with an eight-speed automatic transmission with shifter paddles.

The latter assures “instant, dynamic bursts of speed when already on the move,” said BMW.

On the styling front, the new BMW 2 Series Coupe blends some of BMW’s latest styling cues with iconic models of its past. It escapes the controversial giant grille upfront instead featuring a slimmer pair of ‘kidneys’ flanked by adaptive LED headlights. A strong shoulder line runs alongside the side of the car, alongside flush door handles, the brand’s signature Hofmeister window kink, and box-style flared wheel arches. At the back, you will find a 3D-effect LED tail-light, with M240i models gaining unique trapezoidal exhaust tips.

Optional M Sport package Pro can be added on top of the M Sport specification to send an even clearer message about the car’s dynamic abilities. Features include 19-inch M light-alloy wheels, M Sport brakes, the eight-speed Steptronic Sport transmission, a front spoiler lip and an M rear spoiler. Model-specific M Performance Parts will also be available for the new BMW 2 Series Coupé from launch.

The line-up is now 105mm longer, 64mm wider, and 28mm lower than the outgoing generation, while the range-topping M240i features even more aggressive measurements.

Inside you get the latest tech including a 12.3-inch digital instrument cluster in front of the driver, and a 10.25-inch infotainment touchscreen between the occupants, running BMW’s second-from-latest iDrive 7 software with wireless Apple CarPlay, wireless Android Auto and satellite navigation.

Full information for South Africa, including prices, will be available closer to the South African market launch in quarter one 2022.