The Porsche 911 GT2 RS was revealed back in 2017 and since then we have noticed something extraordinary about it. Once someone drives a Porsche 911 GT2 RS, they change. Expressive faces freeze, talkers become mute and the silent bark like dogs. If you don’t believe us or doubt us, then that is because you probably have not driven one.

Visually it looks almost identical to the GT3 RS but take a closer look and you will know straight away that it is the ‘widowmaker’ you are looking at without spotting the GT2 RS badging and decals. The feeling of trepidation is there from the moment you approach the GT2 RS because it looks and feels like a properly intimidating racer. It oozes presence and purpose and you know you are climbing into something rather serious when you spot a fire extinguisher snugly secured at the passengers’ feet. 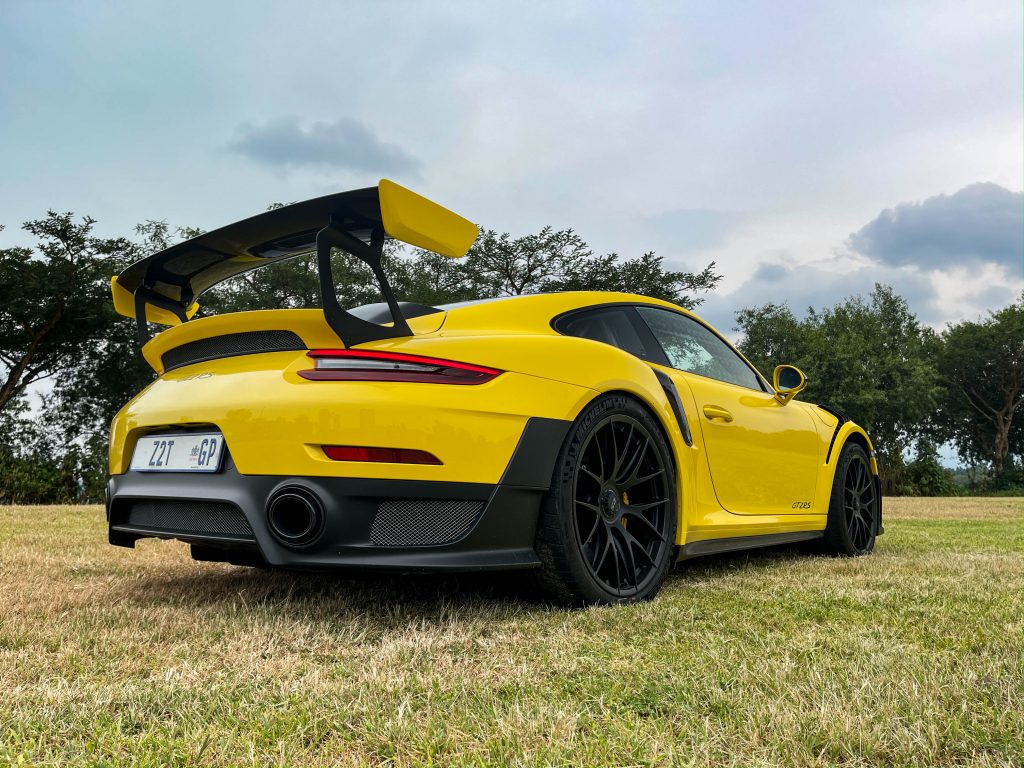 Hop inside and you will notice that Porsche did not transform the inside of the GT2 RS into a stripped-out racing machine. The interior design will be familiar among pre-992-generation 911s, with its slanted centre console and five-gauge instrument panel. As standard, you get the Clubsport package, which includes lightweight door trims and a sports steering wheel. However, we would recommend the Weissach package; not only does it improve the car’s performance by significantly reducing weight, but it also brings a titanium roll cage which in turn adds provision for a six-point safety harness. 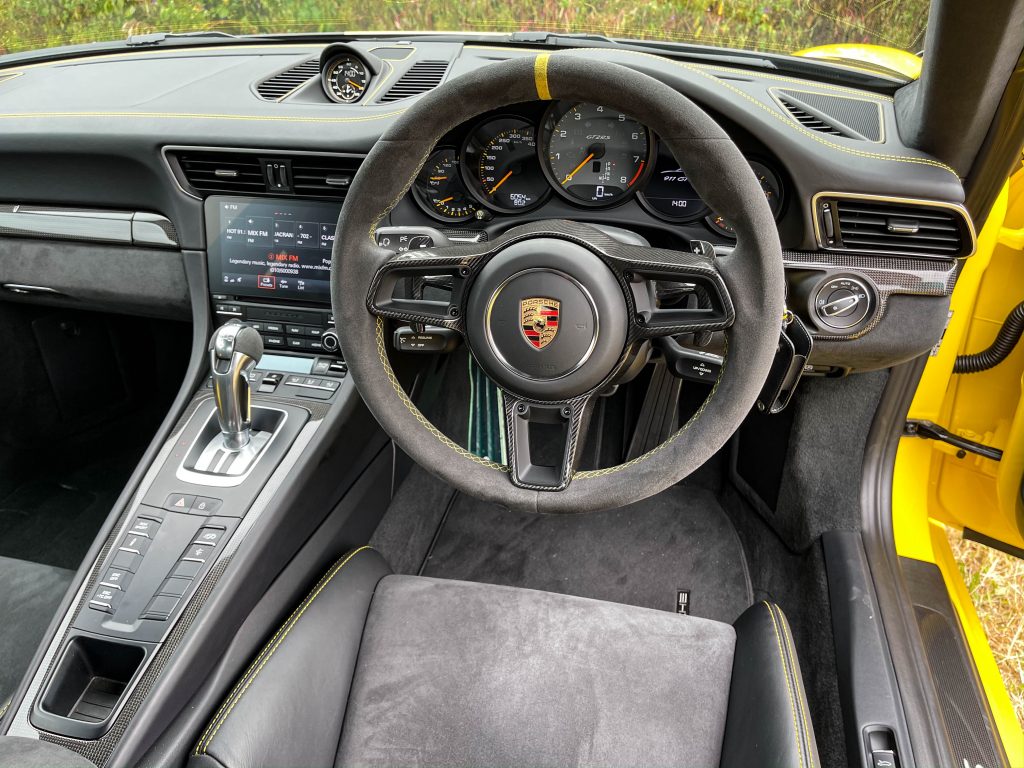 That grunt is deployed through the astonishing twin-clutch PDK and then to the rear wheels. Don’t think that means the car is traction-limited given all that power because thanks to the weight of the engine over the axle, the substantial 325-section tyres hook into the tarmac and propel you forward like nothing we have experienced before. Advances in ESC systems, high-performance tyres and a handful of driving modes have allowed some mind-blowingly fast supercars to be tamed by most drivers. Consequently, there are some cars on sale today with the capacity to really scare you and this Porsche 911 GT2 RS is absolutely one of them.

A Porsche 911 GT2 RS and dry roads are a match made in heaven but if you are not experienced enough or happen to fiddle with the traction control settings, you will end UP there sooner than you had hoped. 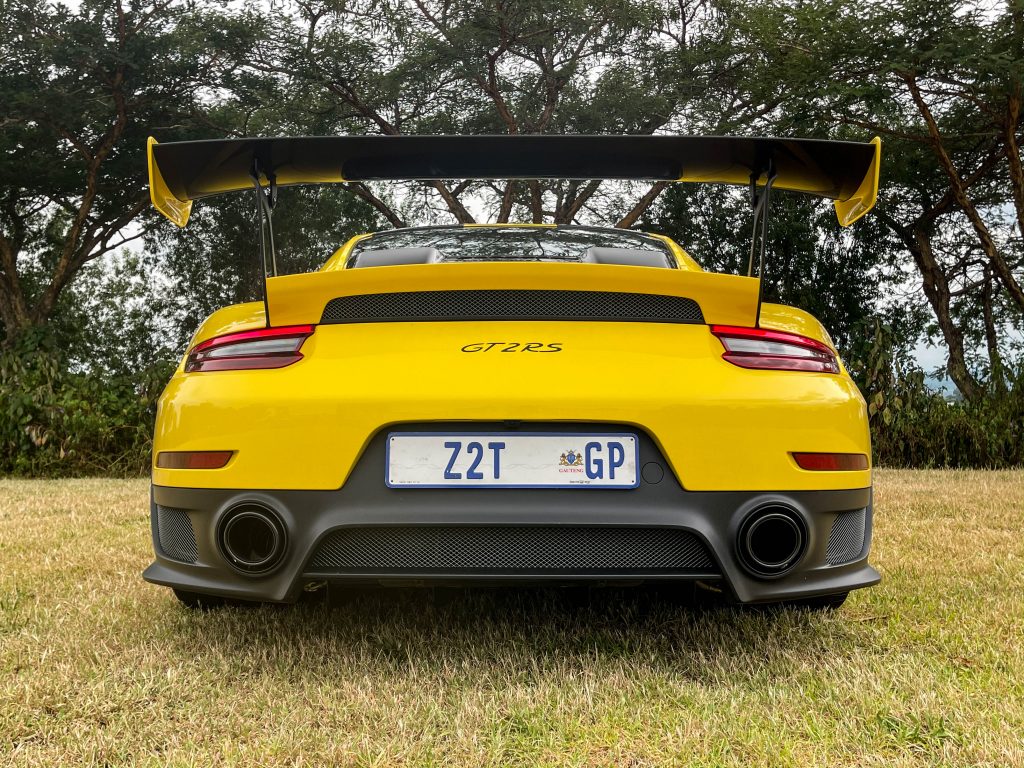 The pace scrambles your brain but the low level of turbo lag is impressive too. Obviously, it does not have the throttle-response found in the naturally-aspirated GT2 RS but they have done a fantastic job to make it feel as close to that as possible. Get the turbos blowing and the pull is beautifully linear all the way to the 7000 rpm redline, by which time, things start to come at you and at a startling pace. The engineers managed to create quite an evil sound for this weapon too.  Again, it’s nothing like the shriek of a GT3 RS, which spins 2000 rpm higher, but it’s definitely got some character and soul.

Its highly clever chassis helps the GT2 RS stay planted in the corners and remain somewhat livable on normal roads but don’t mistake this 911 for a daily driver. Thanks to all the excess weight being removed, the sound inside is quite intrusive and although that is exhilarating when on the track,  it can be excruciating on long highway trips. Luckily the exhaust valve button does slightly dampen the drone when cruising along at highway speed limits.

Despite the impressive low-speed character, there will be many out there (especially journalists) who will want to explore the limits of the GT2 RS, and the public road, regardless of driving ability, is simply not the appropriate venue. 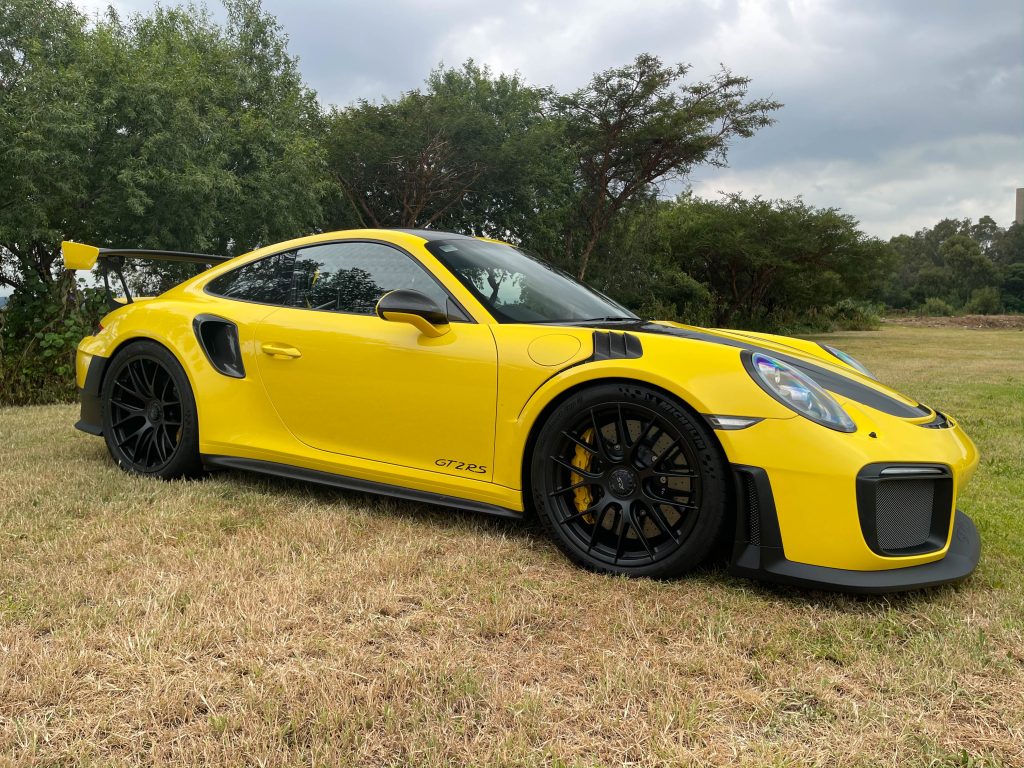 Is it really worth the additional dough over the GT3 RS? Well we know there are enough individuals out there who agree as they sold out* rather quickly. This is as close to a proper racing 911 you can buy and still legally use.

It is by no means cheap, but some cars, even real GT race cars are no quicker around a track, they cost way more than this and they don’t come with a 3 or 5 year Driveplan. A less expensive production car that can also set a faster lap time doesn’t exist. For many, those attributes alone define value and sometimes more importantly bragging rights.