Take A Listen To The Ferrari Purosangue V12 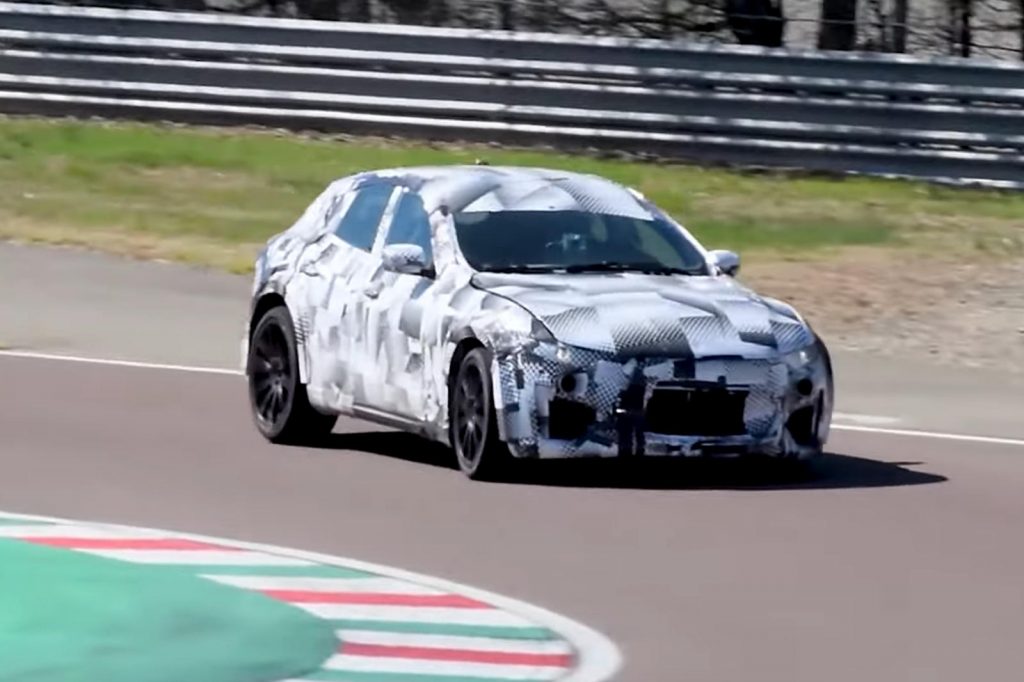 Ferrari is hard at work on bringing their first-ever SUV (FUV according to them) and some spy photographers have manages to capture a prototype testing at the Fiorano race track.

It is set to be called the Purosangue and judging by the video below,  it will still drive and sound like a Ferrari.

The individual behind the wheel is not holding back at all as we can catch a glimpse of the brake rotors glowing under heavy braking.

Although nothing is confirmed, the Purosangue is tipped to be powered by a stonking 800 hp (600 kW) V12 engine with a top speed over 300 km/h.

Car Magazine in the UK claims that once the V12 flagship has established in the marketplace, they will introduce a less potent more efficient hybrid V8 with around 522 kW.

The report also suggests the Purosangue will get suicide-style rear opening doors to improve access to the rear seats while adding a touch of exotic flair to the vehicle.

Ferrari’s first SUV isn’t expected to arrive until 2024, so they have plenty of time to make sure it lives up to the lofty expectations