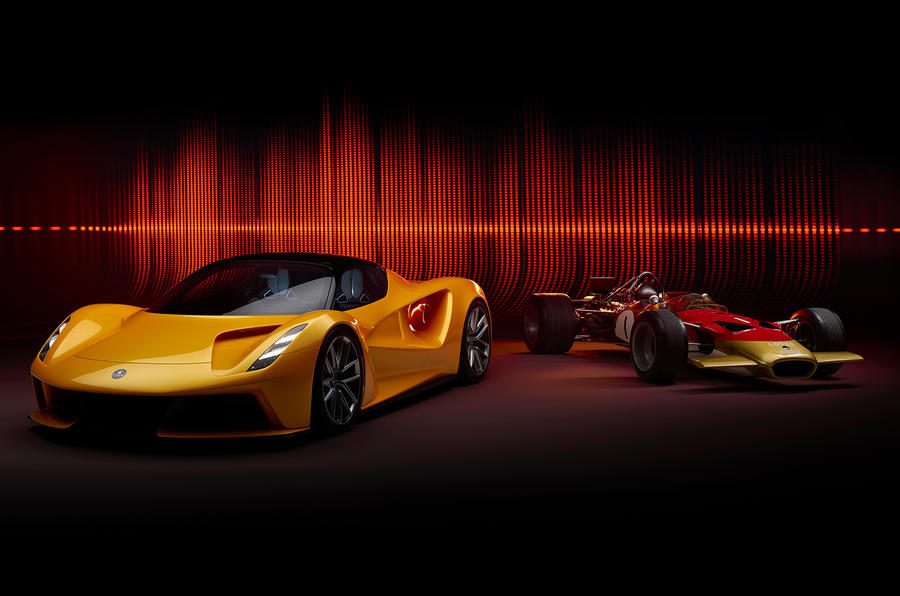 The Lotus Evija hypercar is of course silent considering it is an EV but the manufacturer has just confirmed that it will feature an electric motor sound that is based on the engine note of the Ford Cosworth DFV-powered Lotus 49 Formula 1 car.

The 2000 hp (1,491 kW) rocket is due to be launched later this year and Lotus has recruited music producer Patrick Patrikios to help develop a range of sounds for the Evija.

Patrikios said the brief was to create “a soundscape for the Evija that was recognisably and distinctively Lotus”, which led the firm to use the V8 engine note of the Lotus 49’s DFV engine as a starting point. “There’s a purity to that V8, a raw edge and an emotion that stirs something in your soul,” said Patrikios.

As you can expect, the noise will be vastly different to that V8 as the original soundtrack was slowed down and adjusted to a frequency to give the Evija a more natural noise.

“I adjusted the replay speeds and digital filtering of the Type 49 to generate a soundscape for the Evija. It was a very organic process,” said Patrikios. “We all wanted something to spark an emotional connection between car and driver. Sound is hugely influential when it comes to creating and forming emotions, to enrich that bond that’s such a critical part of the Lotus experience.”