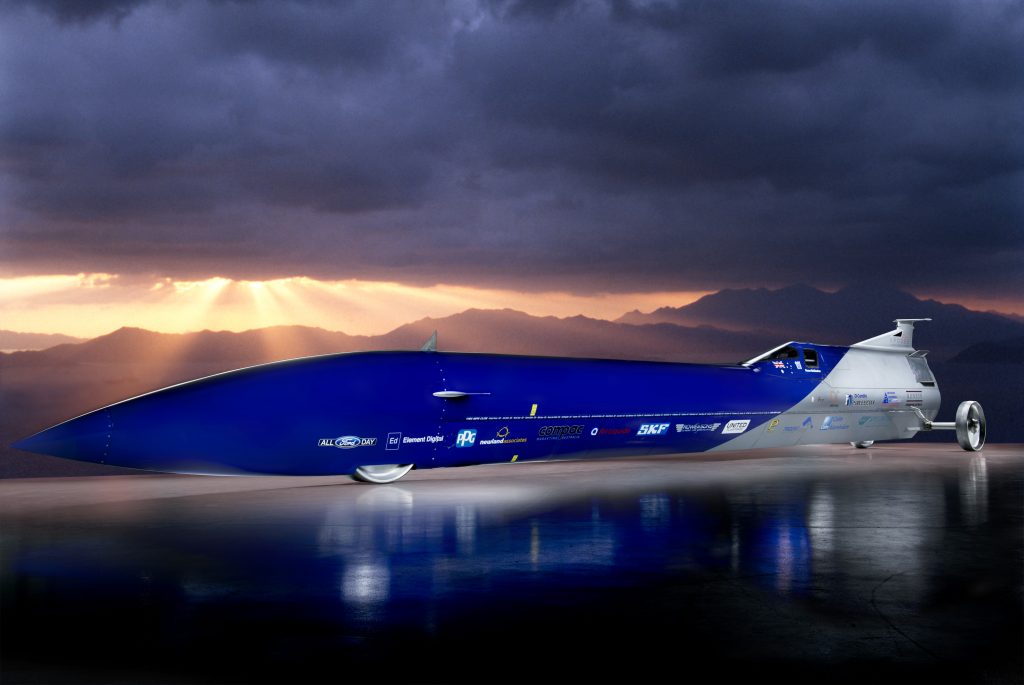 Images of the Aussie Invader 5R rocket-car have surfaced and we can confirm it will attempt to break the land speed record next year.

Founder and designer Rosco McGlashan* will reportedly pilot the 16-metre long nine-tonne steel-framed vehicle to its target top speed of 1000 mph (1,609 km/h). A final location has not been confirmed yet but the tests runs will see the rocket car hit the Queensland or Western Australian desert.

Built by a team of Perth-based engineers, the 5R is powered by a single bi-propellant rocket reportedly capable of producing upwards of 62,000 lbs of thrust which is approximately 200,000 horsepower (149,000 kW).

“We are very confident that we can break the record [which currently sits at 1223.7km/h], and push the car onto 1000mph [1609km/h]… we believe that this is the best-designed car ever to attempt the record,” Mark Read – the project’s media director – said.

“We have developed things that have never been done before all from a workshop in Perth, and managed to draw many of the world’s leading minds in engineering, science, aerodynamics and rocketry, all who have wanted to be involved because they love what we are doing.”

*Rosco McGlashan is already the holder of the Australian land speed record – in 1994 he clocked 802.6 km/h behind the wheel of a jet-powered predecessor to the Aussie Invader 5R on the dry salt flats of Lake Gairdner, near Adelaide.