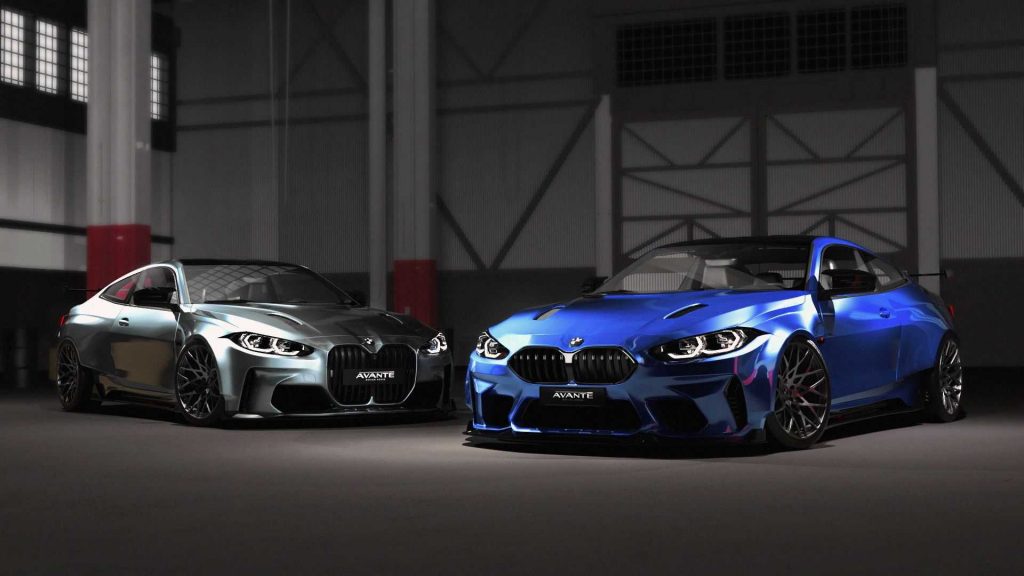 It comes as no surprise that aftermarket shops and companies are not wasting any time developing a variety of offerings for the new BMW M3 and M4 and Avante Design has decided to focus on the two-door variant, the M4.

Yes these are all renderings for now but Avante Design has confirmed that development work is almost done and the widebody package will be produced in limited examples. There will be three stages available, with the beefiest of them all making the M4 a full seven inches (nearly 18 cm) wider than the standard car.

You may have noticed a smaller grille on the blue rendering and you would be correct. It is a second design proposal which may see more uptake than the rather prominent new giant grille.

The wider hips can be complemented with a new hood featuring dual vents and a power bulge for added drama. You will also get beefy side air vents on the front fenders and a prominent rear wing at the back which is not too far off the M Performance wing design we have already seen.

So which is it for you? Widebody or not? Normal-sized grille or big gaping front?