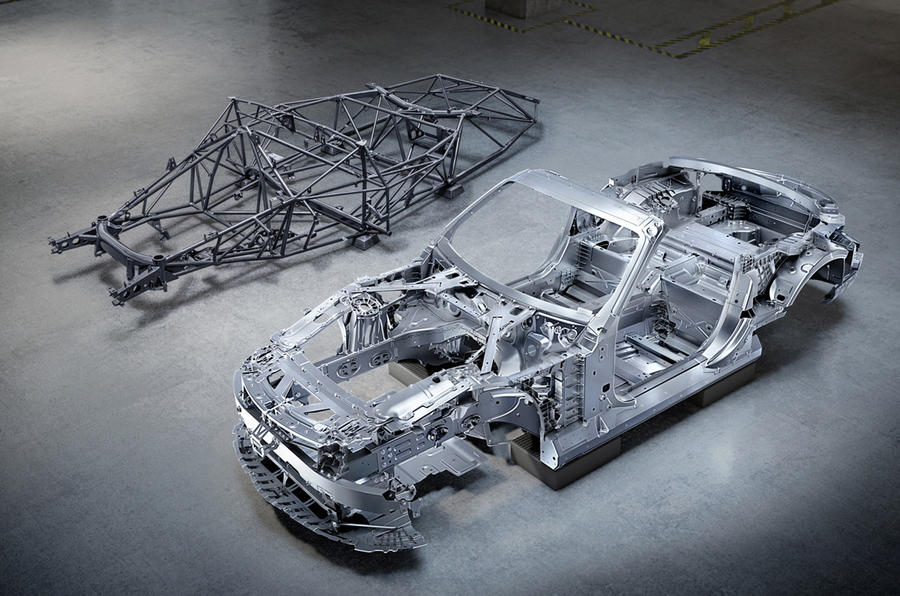 For the most part, manufacturers are declining their convertible offerings as the popularity of the segment has significantly gone down in the last 10 to 15 years.

Mercedes axed the SLC due to its dwindling sales and the Mercedes-AMG GT Roadster will be no longer as the next-generation SL will fill that void.

The upcoming Mercedes-AMG SL is promising to be quite the car too as the engineers started from scratch and not a single part is taken from the old SL or the GT Roadster.

Today we are shown the all-new lightweight bodyshell for the roadster which will hit the road in a 2+2 layout. It comprises a combination of aluminium, steel, magnesium, and fibre composites to maximize rigidity and keep the weight in check. “Exceptional comfort and safety features” are being promised, along with a rollover protection system behind the rear seats that pops out “at lightning speed.”

When comparing it to the previous generation the torsional stiffness is up 18 percent and the transverse rigidity is up 50 percent compared to the AMG GT Roadster.

Mercedes plans to offer the SL with a limited range of hybridised in-line six-cylinder and V8 petrol engines in a line-up that’s likely to include both standard and AMG models.

All engines for the new SL will come as standard with Mercedes’ nine-speed automatic gearbox, with the AMG variants set to adopt the Speedshift electronics package for faster shift times.