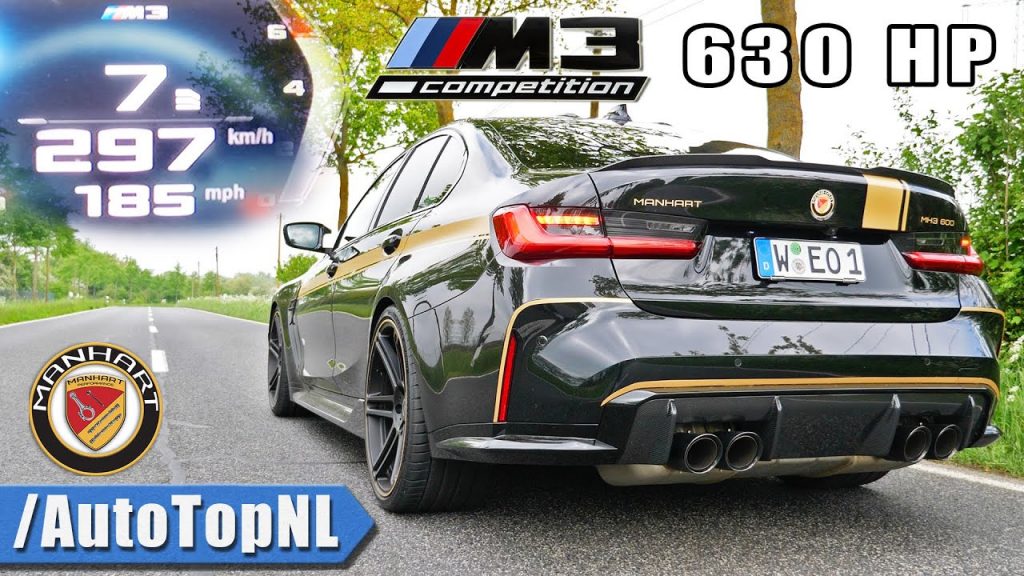 In March this year, we got our first look at Manhart’s offering for the BMW M3 and M4 Competition and now we have a video of the creation thanks to YouTuber AutoTopNL

This is known as the Manhart MH3 600 and as you can tell by the title of the video, that denotes the region of power output.

The sports sedan is armed with the MHtronik Powerbox and one of two exhaust systems available, each one with twin carbon tailpipes, raises output and torque to around 611 hp (456 kW) and 750 Nm (553 lb-ft) in the Competition variants.

The car eventually taps out at 297 km/h, just shy of that 300 mark but we’re not told what was the limiting factor. Even so, the rate at which it is piling on speed on the dash is just amazing.