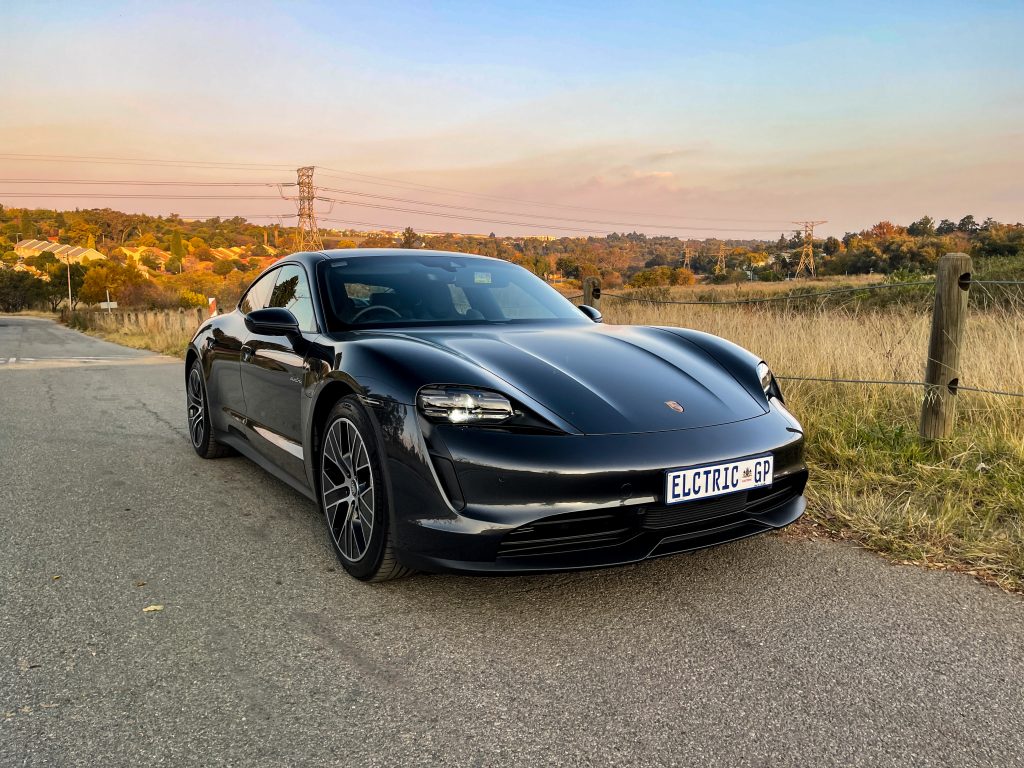 Last year we got to sample the radically fast Porsche Taycan Turbo S but that range-topper comes with a price tag of over R4 million which for the most part is too much for the EV adopters to part with. Porsche has since released the entry-level Taycan and we recently spent a few days in it.

The entry-level Taycan is available in two power outputs — a standard 300 kW with an overboost mode and launch control, and an optional Performance Battery Plus (the one we tested) that increases output to 350 kW. While the output may be higher, the performance remains the same due to more weight from the bigger battery.

As mentioned in the Turbo S review, the interior is absolutely superb and every surface you touch feels suitably upmarket and it all feels beautifully screwed together. It packs just the right amount of focus on technology without being overwhelming. There is a free-standing 16.8-inch curved instrument display that can be configured any way you wish and the two-screen infotainment system in the middle can be easily operated.

The driving position is superb as always in a Porsche and the seats are wonderfully supportive on a long journey. As standard, the Taycan comes with eight-way electric seat adjustment, which you can pay to upgrade to 14 or 18-way with lumbar adjustment. 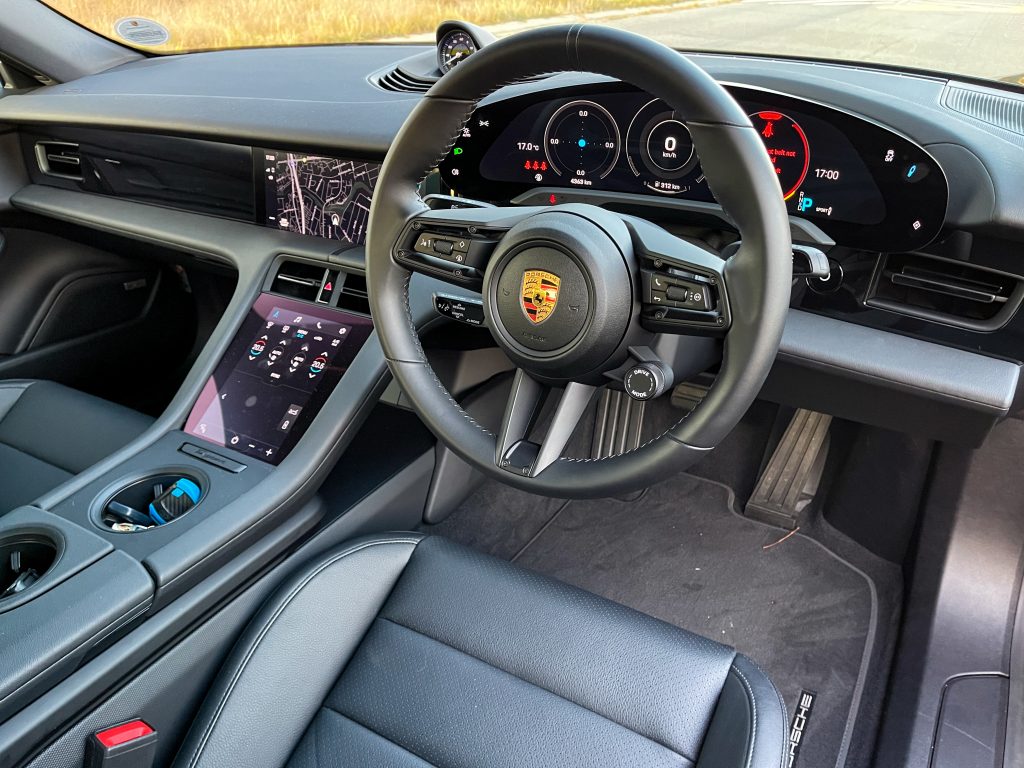 The Taycan is rather practical too and while it is slightly smaller than the Panamera, it has plenty of leg room, headroom and other room for a family of four to head away for the weekend.

Electric cars will always surprise you with how instant the power delivery is which not only makes the drive rather exciting but taking gaps and overtaking is an absolute breeze done in complete silence. If that is too quiet for you, you can turn on the Porsche Electric Sport Sound (an option in this version) and you will sound like a Star Wars Pod racer as you accelerate and brake.

This rear-wheel-drive Taycan does not have the rearranging organ intensity of a true supercar or even the Turbo S but bury your foot to the floor and you will whizz to 100 km/h in 5.4 seconds and on to a top speed of 230 km/h. It is also the only Taycan to send power exclusively to the rear which gives it quite a playful nature. Squeeze the throttle around a corner and you can quite easily entice a little tail flick but don’t think for once that this is a drift machine as the stability control system will whip you back into place very quickly.

Thanks to the low centre of gravity, the handling is very good and the car actually feels remarkably agile. There is more than enough grip, balance and resistance to body roll. The steering is just as impressive and hands you a very nice connection to the road while also being precise. Every millimetre of movement you input has a subtle but positive influence on the car’s trajectory, giving you maximum confidence.

Does that affect the ride comfort? Not at all. Put the suspension to its softest settings and will find yourself floating on an electric cloud. It deals with bumps and rough roads brilliantly and was one of the most impressive things about this Porsche.

On to one of the more important topics, range. This version has the longest range which is 484 km (with the Battery Plus option) and if you ask us, that is more than enough, if you are using it as a daily commute. We had the car for 3 days and with most of the time spent driving it rather spiritedly, we handed the car back with 280 km of range available having done 140 km in it. Many doubters out there bring up the topic of load-shedding and while it is not ideal, it is not an excuse to run out of power with a range as solid as this. There are many public DC fast chargers around the country (easily found via an app) which Porsche claim can charge the Taycan from 5% to 80% in a rather brisk 22.5 minutes.

Look it is by no means cheap but the pricing should improve with time as we are hoping the government levels the playing field by reducing the import duties associated with an EV to the same level as an ICE car.

Priced from R2,227,000 it is an easier pill to swallow than the substantially bigger number for the Turbo S variant. If you are after a superb all-electric car that actually offers some driving pleasure, the Taycan is the one for you.

It handles brilliantly, it is ultra-comfortable, the interior is spot on and it has more than enough range for the average commute.

It is not the fastest car we have driven by a long margin but it certainly got the wheels in motion for thinking about owning an electric car in the very near future. 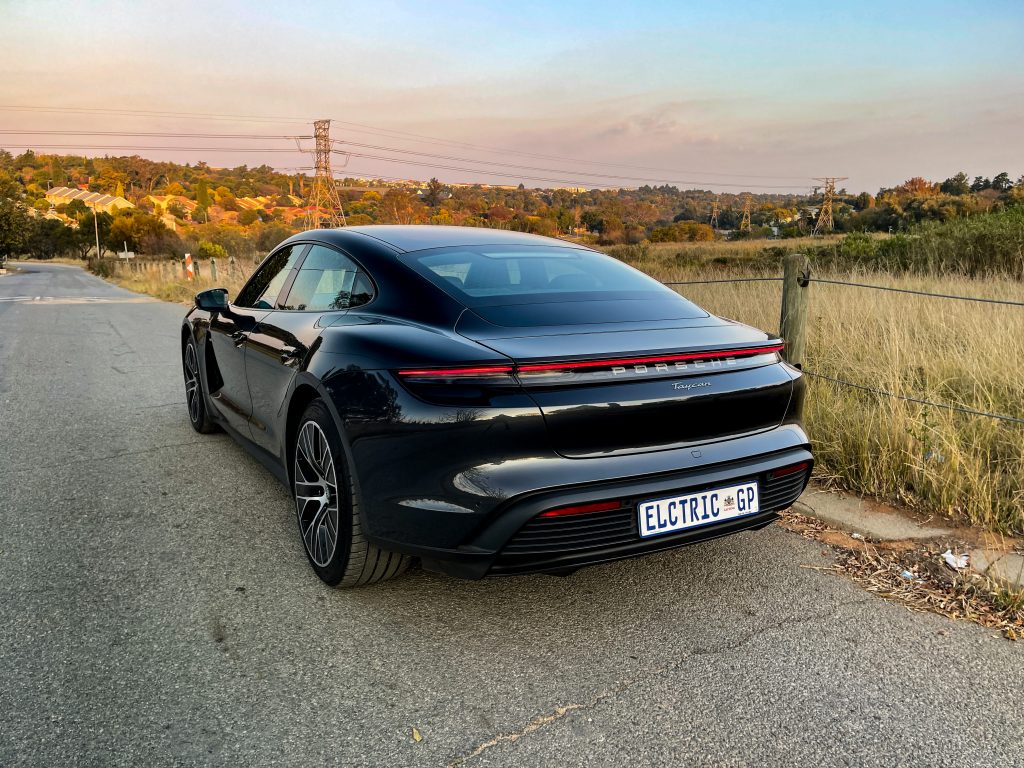