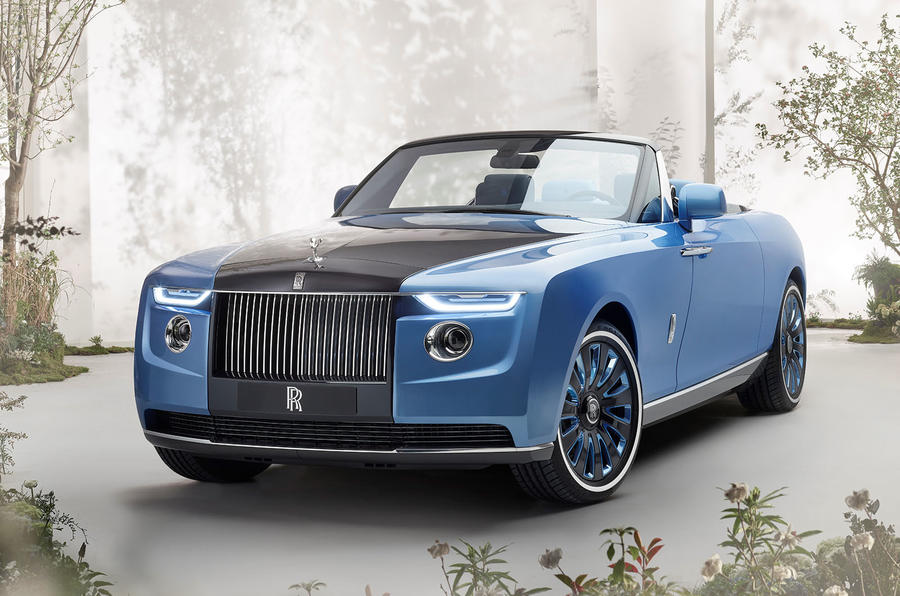 With a reported price tag of £20m (approx. R400 million), this eclipses the Pagani Zonda HP Barchetta which was rumoured to cost $17.5 million (only £12m) by a large margin.

The most expensive model that the British marque has yet produced takes the name Boat Tail. Last used for a series of coachbuilt Rolls-Royces in the 1920s and 1930s, it refers to a distinctive rear end that mimics a J-class yacht’s hull.

The car is a two-door, two-seat grand tourer that is a whopping 5,9m long and has a removable cloth canopy roof that connects to the wooden rear deck. Just three units have been hand-built with each customer getting to customize them through the entire process.

Under the rear deck, you will find the “hosting suite” which features a double champagne fridge designed specifically for the client’s preferred vintages. There is also silver cutlery with engraved “Boat Tail” emblems on the opposite side, along with matching porcelain plates with platinum rims. For additional fun in the sun, a parasol and two cloth stools pop out of the rear deck, as do two cocktail tables on either side.

Rolls-Royce did not specify what powertrain it was packing but we would assume it is the 6.7-litre twin-turbo V12 delivering 563 hp (420 kW) as found in the Cullinan and Phantom. Perhaps it has the more potent ‘Black Badge’ output of 600 hp (447 kW) but does that really matter?

The entire project took four years which means they started very shortly after the Sweptail debuted.

“It was born from a desire to celebrate success and create a lasting legacy,” says CEO Torsten Muller-Otvos. “In its remarkable realization, Rolls-Royce Boat Tail forges a pivotal moment in our marque’s history and in the contemporary luxury landscape.”