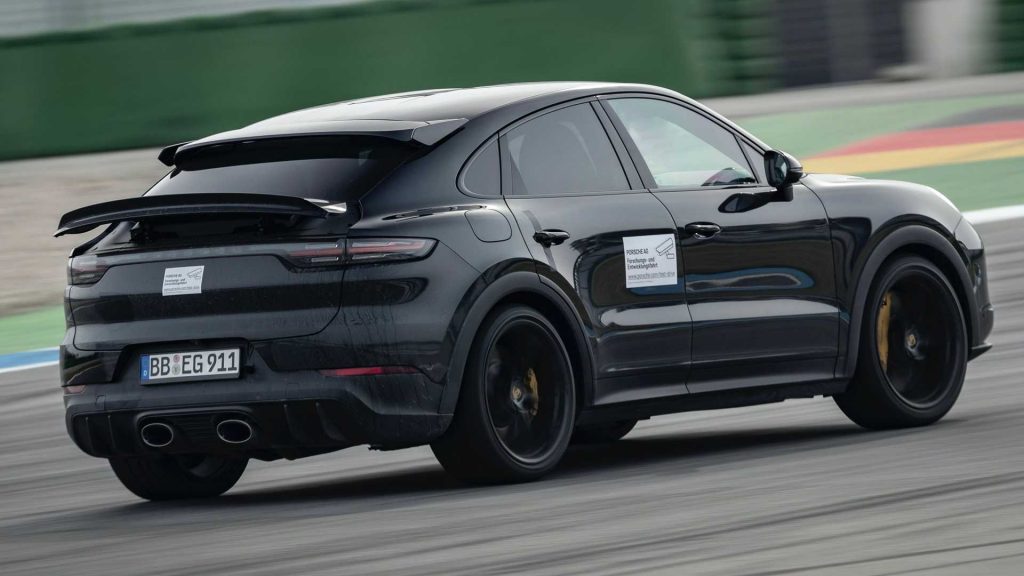 In fact, Auto Express claims that the upgrades will allow the new Cayenne Coupe to hit 100 km/h (62 mph) in just 3.4 seconds while continuing through to a top speed of 300 km/h (186 mph). Yes, that is faster than the Lamborghini Urus, for now.

If you’re wondering whether the hotter member from Zuffenhausen will overlap with Sant’Agata Bolognese’s Super SUV, that might not be the case. Why? Because the Urus is getting a facelift expected to bring more grunt.

This hotter new variant will only be available in Coupe guise due to the lower center of gravity. It is also a tad lighter, making it the perfect basis for the “sportiest Cayenne to date,” according to the model’s chief engineer Rico Löscher.

This flagship version will also boast a lightweight active aero pack made from carbon fibre as well as carbon-ceramic brakes as standard.

Porsche is also making changes to the air suspension to bring the SUV closer to the road for better handling, further improved by revisions made to the rear-wheel steering and active anti-roll stabilization systems.