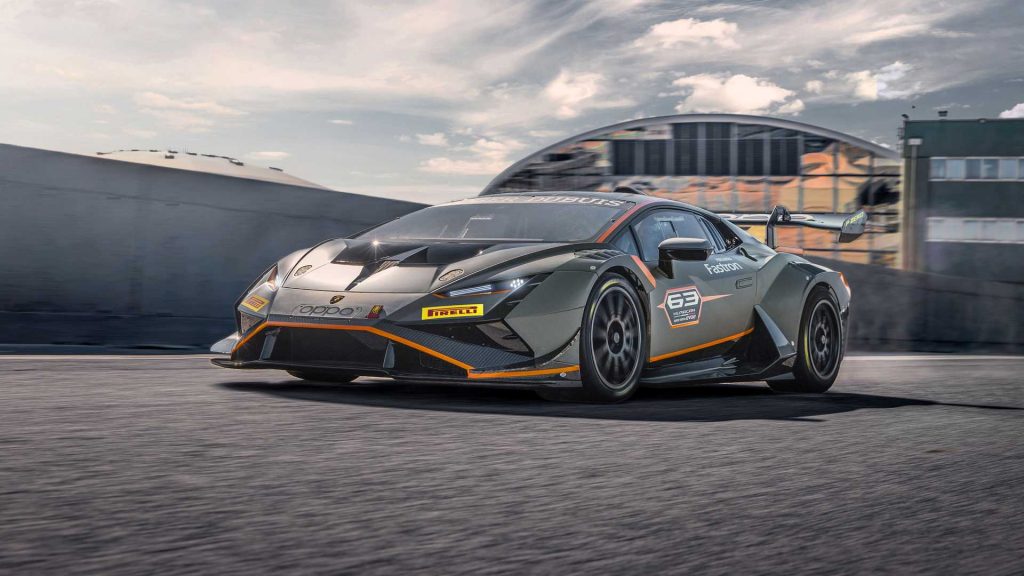 Lamborghini Squadra Corse has revealed the Huracán Super Trofeo EVO2 ready to tackle circuits around the world in the three continental Lamborghini series, starting in 2022.

Radical aerodynamic refinements and an uncompromising design created by Lamborghini Centro Stile make the Huracán Super Trofeo EVO2 the most high-performance version ever to race in the one-make series, which in 2021 contested its 13th season.

Some of the new features include a new front spoiler lip which merges with the carbon fiber fins similar to that of the road-going Huracán STO. There is a new rear wing which is rather prominent and if you take a closer look at the rear lights you will notice some Countach inspiration,

Lamborghini will have the Huracan Super Trofeo EVO2 on display during the second round of the Super Trofeo Europe series in Le Castellet, France at the Paul Ricard track on May 28.

Pricing for the European market kicks off at €250,000 before taxes and those who own the Evo version will be able to get a conversion kit to EVO2 specifications from early next year.