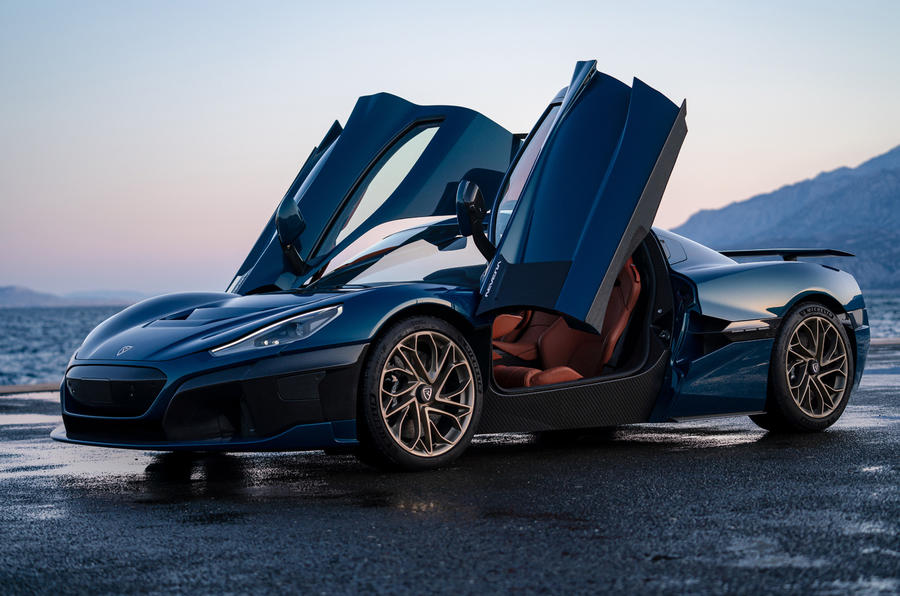 The electric hypercar from Rimac previously known as the C_Two concept is going into production and will now be known as the Rimac Nevera.

Since the debut in 2018, the electric hypercar has been in development and been given a name in tribute to the strong and sudden storms that occur on the Croatian coastline.

The Croatian manufacturer claims that the engineers have “refined their new flagship on every level”, using mostly bespoke, in-house-developed components in pursuit of the “ambitious performance targets” it outlined in 2018.

Claimed to be capable of accelerating from rest to 100 km/h (62 mph) in just 1.85s and covering a quarter-mile in just 8.6s, the Nevera will be the fastest-accelerating production car yet built and its 258 mph (415 km/h) top speed puts it roughly on a par with the Bugatti Chiron.

Power is delivered thanks to an H-shaped 120 kWh bespoke battery, which is claimed to produce up to 1.4MW of power and gives a WLTP range of 340 miles (547 km). This battery pack also forms a structural element of the car’s monocoque chassis, increasing stiffness. According to Rimac, the Nevera’s central monocoque is the largest single-piece carbon fibre structure used across the entire automotive industry.

Company founder Mate Rimac hailed the Nevera’s unveiling as a landmark moment for electric cars: “We have now unveiled a car that pushes the hypercar market to a higher level. We have utilised the full potential of the electric powertrain today, proving what we’ve always been saying – that electric hypercar, in the form of the Nevera, is beyond exciting, and that is as thrilling on the track, as it is cosseting crossing continents.”

Each of the 150 Neveras built will be a bespoke creation, Rimac promises, although three standard specifications will be available: GT, Signature and Timeless. Every car will be tested and signed off by Mate Rimac.

Check out the two videos below to witness just how radical this car is. CarWow even set an unofficial quarter-mile world record for a production car.