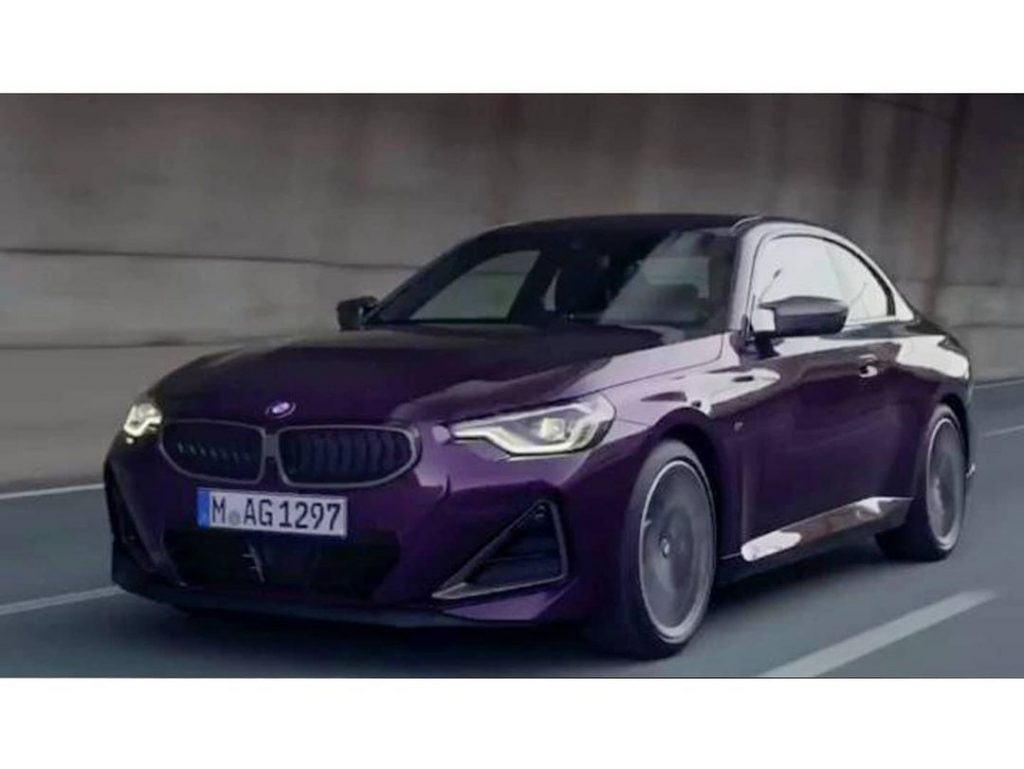 Another day goes by and another leak comes in only this time it is the all-new BMW 2 Series coupé.

This is not our first look at the new G42 2 Series either as we saw the vehicle in leaks last year already but this time we get to see the new coupé sporting the new Thundernight metallic colour which was seen in several spy photos.

The front-end doesn’t get the massive grille from recent BMW models, but it does look significantly different to the previous generation.

The M-specific aerodynamic mirror caps – combined with their ‘Cerium Grey’ copper finish, characteristic of BMW’s mid-tier M Performance models – indicates we’re looking at theM240i xDrive, which will serve as the range-topping variant until the new M2’s unveiling in late 2022.

The official reveal is scheduled for Thursday this week (at the Goodwood Festival of Speed) and unlike the front-drive four-door BMW 2 Series Gran Coupe, with which it shares its name and general size, the BMW 2 Series Coupe will retain its ‘purist’ rear-drive layout.

BMW
Share. Facebook Email Twitter LinkedIn WhatsApp Telegram
Previous ArticleThe Only Porsche 911 “GT3 RS” Cabriolet Is Up For Sale
Next Article Forget Verstappen and Hamilton – Bottas and Perez Will Decide the Fate of the Championship