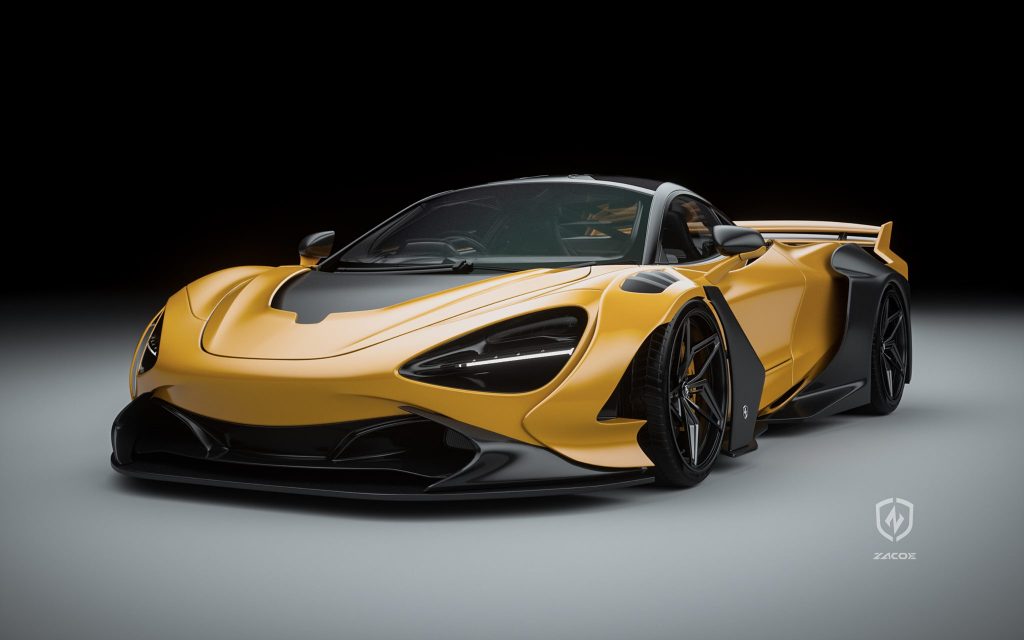 A relatively unknown tuning company goes by the name of Zacoe and if this kit hits production which apparently it will, they will be thrust into the spotlight.

A series of detailed renderings show off the insanely radical bodykit the tuner has designed for the McLaren 720S.

As you can see, it is given a complete overhaul which includes an all-new bumper and splitter as well as some flared wheel arches complete with louvres. There is also a new hood but one of the more dramatic features has to be the pronounced fins behind the front wheels as well as the flared arches at the rear.

Moving toward the back things get even more insane as the Senna GTR-style rear wing features uprights mated directly to the wheel arches. The car also features four central tailpipes just like the 765LT and a new diffuser wraps up the extensive modifications.

Pricing for the kit has not been made available just yet but you can bet that it will be absolutely eye-watering.

Just last month we saw a similarly far-out offering for the 720S from the folks at DarwinPRO Aerodynamics so which do you prefer?