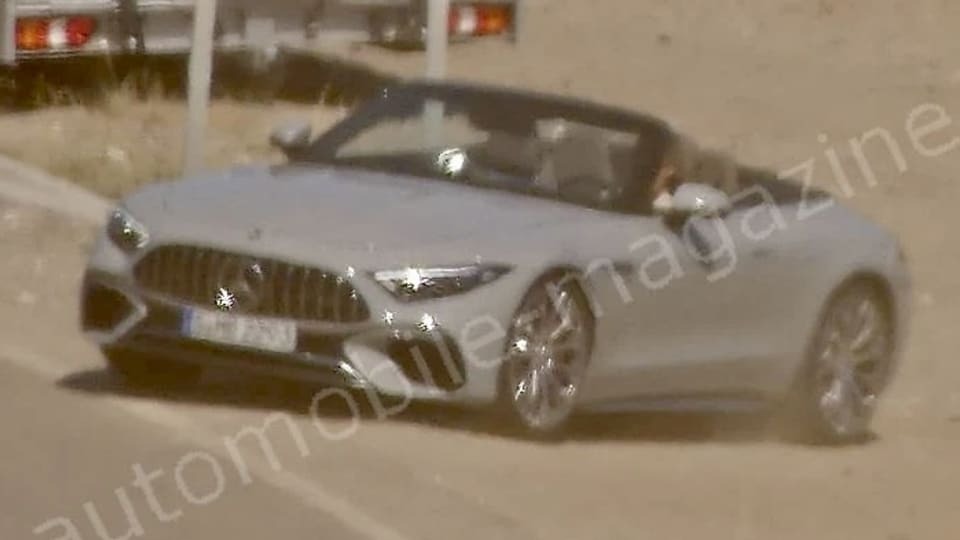 The all-new Mercedes-AMG SL is due to be revealed in the coming months but it seems shots have surfaced showing the car in full without any camouflage.

The new SL was spotted by a member of the public in southern Spain while the convertible was filming a promotional video, with the images published by France’s Automobile Magazine.

Unlike previous models, the new SL will be exclusive to AMG – the brand’s high-performance arm – with at least two variants expected.

Rumours suggest we will see a so-called entry-level variant using either a turbocharged four-cylinder or six-cylinder, while the range-topping model is likely to use a plug-in hybrid 4.0-litre twin-turbo V8, shared with the upcoming Mercedes-AMG GT 73e. This range-topping offering could deliver as much as 600 kW and 1,000 Nm of torque with as much as 50km electric-only range.

The car is set to be officially unveiled later this year, ahead of its arrival in 2022.