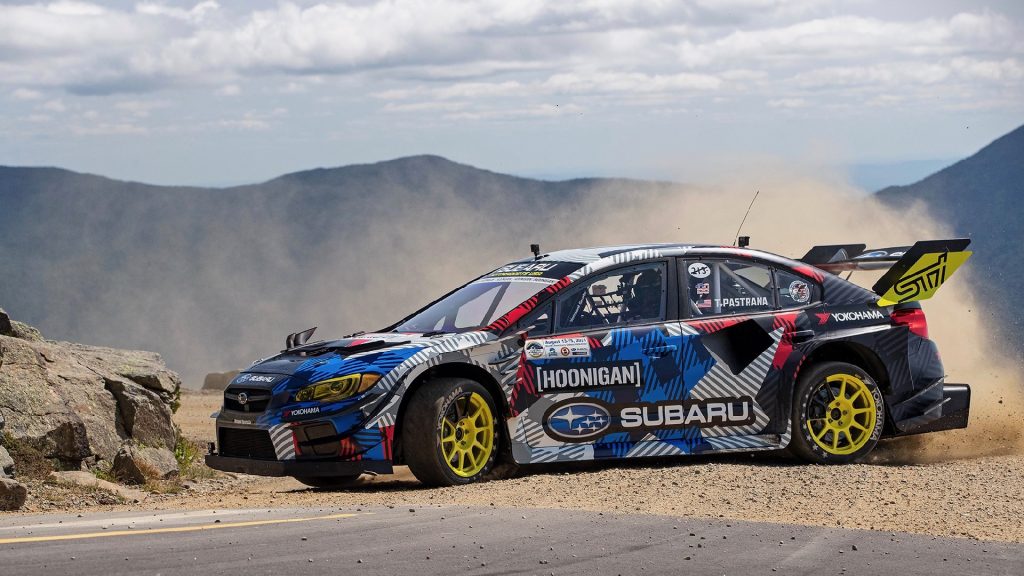 Travis Pastrana behind the wheel of the Subaru “Airslayer” WRX STI is impressive in any way shape or form and after his drastic Gymkhana 2020 clip, he took the anything but stock Scooby to New Hampshire’s Mt. Washington Hillclimb.

Travis did Travis things and smashed the overall record with a 5:28.67 run up the 7.6-mile Hillclimb course. Not only was it 16 seconds quicker than the previous record, which he set in 2017, but it was more than 45 seconds faster than the nearest competitor this year.

It is generally held every three years and although it is not as well known as the Pikes Peak event, it is the oldest Hillclimb in North America and throws plenty of challenges at drivers, including unpredictable weather and a road surface that’s part gravel and part tarmac.

As mentioned Pastrana was piloting the Subaru “Airslayer” WRX STI which got its nickname from the extreme aero package, which was designed to generate downforce for high-speed grip, and to keep the STI stable while airborne.

Push play and watch how insane these speeds are on a road as treacherous as this.