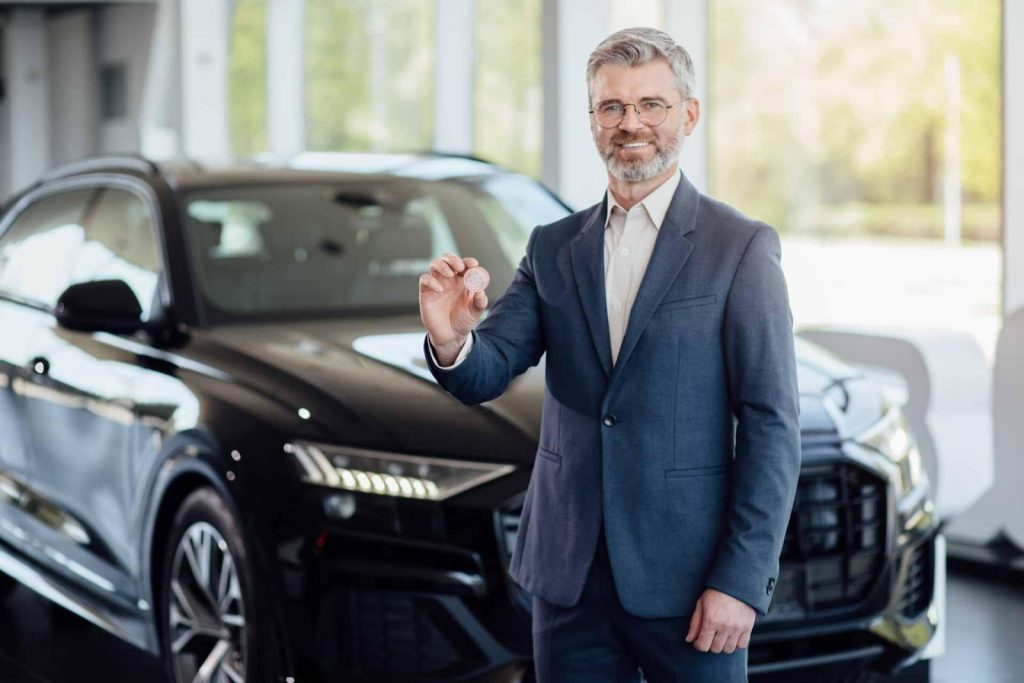 The automotive industry has consistently been on the cutting edge of innovation and technology. So it comes as no surprise that cars and car enthusiasts are coming to crypto. The future of crypto is one to keep an eye on if these trends continue!

How the auto industry has innovated is limitless. Advocating and popularizing combustion engines, making carbon fibre standard, and introducing electric travel into the 21st century. Currently, car dealers, carmakers, and even car racers are capitalizing on the interest and development that come with cryptocurrency.

Tesla is by no means the most prominent car manufacturer. However, it has gained a lot of popularity due to being the car manufacturer that brought cars for crypto into the spotlight this year.

In March, Elon Musk (the founder and CEO )reported that Tesla would start accepting payments in Bitcoin. This announcement was viewed as a contributing factor in the spike of Bitcoin in the weeks that followed.

That said, the celebration over Musk’s announcement was brief after Musk backtracked his commitment to crypto over environmental concern in May. Of course, this new announcement by Musk influenced the crypto market again, this time sending it crashing almost $10,000. Musk explained his position in a tweet after that. It expressed that Tesla would continue selling cars for bitcoin if miners pursued being more environmentally friendly.

Regardless of all the drama that encompassed purchasing Tesla’s for bitcoin, the episode showed interest from the crypto community in paying for cars with their coin of choice.

Unsurprisingly, Tesla isn’t the only car company to offer payments in cryptocurrency; despite getting every one of the headlines regarding cars and cryptocurrency.

Numerous other car companies offer consumers the option to buy cars on a blockchain. Some have done so for a long time as well. While most car companies are luxury auto showrooms that cater to high-end customers, some adopt a unique strategy.

AutoCoinCars is one such company that offers solutions for clients hoping to buy a car with crypto. While most typical car sales dealerships don’t offer cryptocurrency as an alternative, AutoCoinCars steps in with the help. They fill in as an advertising portal through a digital showroom on their website for other dealerships they’ve collaborated with.

The company additionally fills in as the payment processor and accepts all the major cryptocurrencies. Afterward, AutoCoinCars then pays the dealer in the currency they prefer.

Another business adopting an innovative strategy to car sales through crypto is BitCar. The company only accepts bitcoin as a payment option and allows consumers to have fractional ownership of high-end luxury cars from supercars to extravagant cruisers. This idea of fractional ownership and luxury driving the way suggests another area of the blockchain that has been gaining publicity, non-fungible tokens (NFTs).

While the NFT frenzy of 2021 is easing down, it gives no indications of stopping. It seems as though each week, there are other noteworthy NFT sales from digital artists, well-known celebrities, or pro-athletes. A large number of these auctions are occurring at notable houses like Christie’s and Sotheby’s.

Car enthusiasts have consistently been clamoring for better approaches to flaunt their appreciation. They are additionally searching for new uncommon collectibles to add to their display cases. This makes them the ideal home for NFTs to flourish in.

Probably the most remarkable story includes a recent Barrett-Jackson Auction. It had four NFTs commemorating real-life cars it sold back in March for charity. What makes these cars incredibly unique is that they are all VIN 001 cars. Hence, every one of the four vehicles sold, a Ford Mustang Mach 1, Ram 1500 TRX Launch Edition, and a 2021 Ford Bronco Roadster, are the first ever to move off the production line for that model.

The NFT auction didn’t sell the actual cars; instead, they sold the digital rights to the sales. The winner got the digital packaging of an exclusive video, a triplet of still images, and delineations. The four NFTs sold in a matter of minutes for more than $60,000.

Let’s take a look at some other car companies that accept Bitcoin as a form of payment. 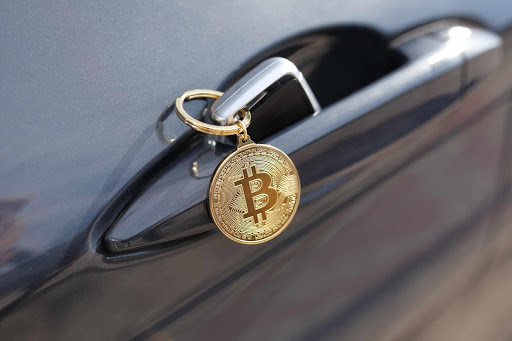 Since September of 2017, when a Lamborghini dealer in Costa Mesa, Calif., began accepting Bitcoin as a form of payment, more dealers of luxury sports car brands took action accordingly and now also allow you to purchase your car with the cryptocurrency. A few of those are found in Atlanta and Albany, N.Y., where dealers are currently accepting Bitcoin.

A Yukon based company, Okla. Specializes in building continuous cars and restorations of Ford Mustangs, with the approval of the Ford Motor Company and Shelby American. Due to wanting to grow its customer base worldwide, Classic Recreations also accepts payments in numerous cryptocurrencies, including Bitcoin.

If you want to get a brand new BMW, you can now use Bitcoin to get it, as many of the brand’s dealers are now accepting the cryptocurrency.

Numerous dealers in the U.S. and also in the U.K. are accepting Bitcoin as a form of payment. This move is by all accounts lucrative, as most Bitcoin users tend to purchase luxury goods and services with virtual currencies, paving the way for an ever-increasing number of clients in the future buying their cars using Bitcoins. BMW is by all accounts in the right way by letting its dealers accept the future currency in its clients’ transactions.

Share. Facebook Email Twitter LinkedIn WhatsApp Telegram
Previous ArticleThe Need for Speed: Where to Drive Fast, Where Not, and Why
Next Article Common Expenses People Face After a Car Accident