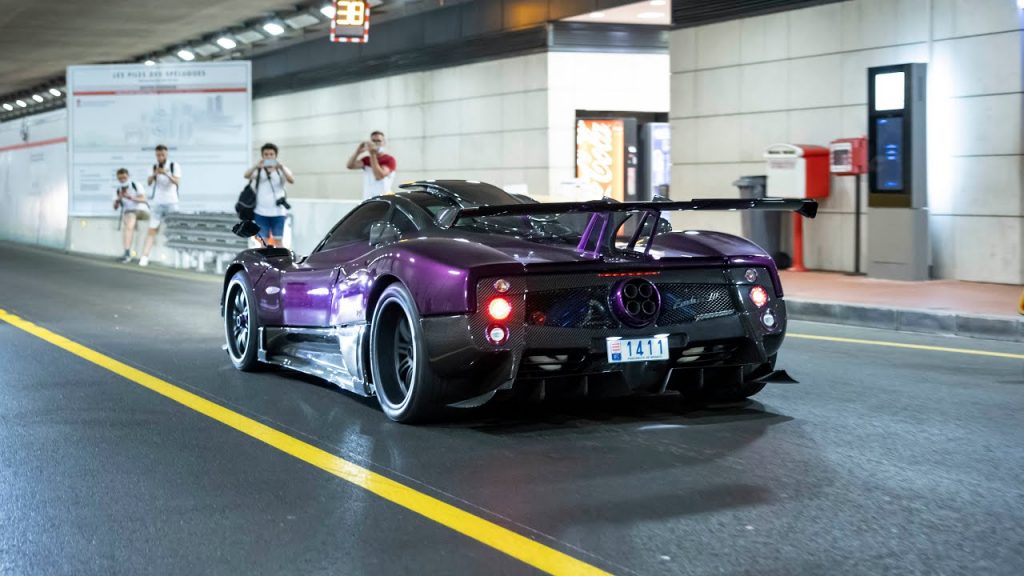 Last year, we reported that Lewis Hamilton wanted to stop driving his exotic cars to lower his carbon footprint but he seems to have forgotten that as he was recently spotted driving his extreme Pagani in Monaco.

Lewis Hamilton is back in Monaco as Formula 1 takes a summer break. The 7-time world champion was spotted down at the harbour, before hopping into his Pagani Zonda 760 LH.

Is This Leaked ‘Pagani C10’ Image The Huayra…

The Zonda 760LH was specially commissioned by Lewis. It is based on a Zonda 760 RS which is an updated version of the Zonda powered by a naturally aspirated 7.3-liter V12

The Zonda 760LH is finished in a unique shade of purple that contrasts the exposed carbon bodywork. It has a Zonda Cinque-style roof scoop and rear spoiler.

So which is it Lewis are you saving the planet or not? Just kidding, we love seeing cars as awesome as this being driven.