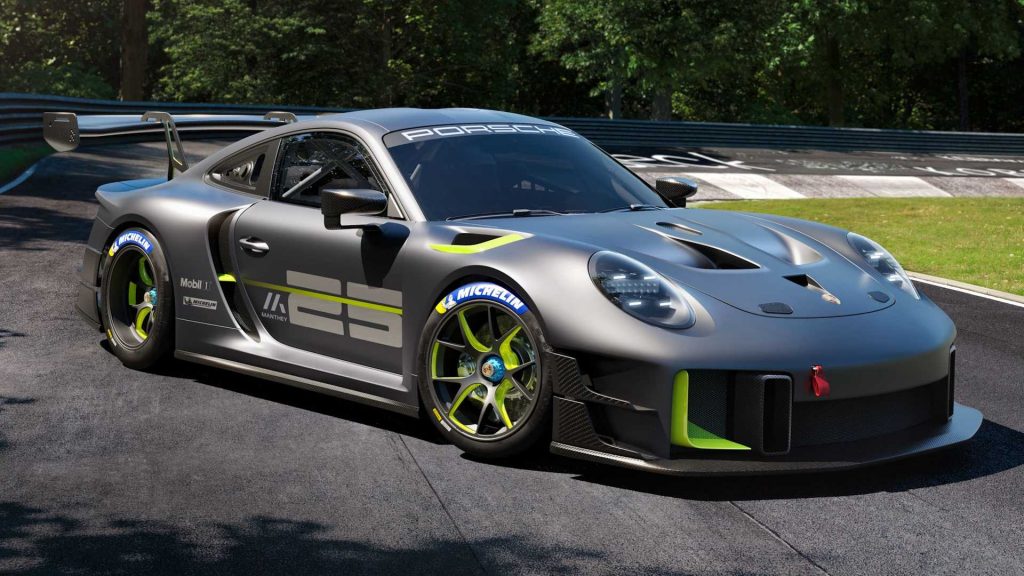 Manthey-Racing kicked things off 25 years ago and to celebrate this special anniversary, Porsche is building an exclusive model called the 911 GT2 RS Clubsport 25 that’s designed to tackle and clearly dominate the race track.

Like the Porsche 935 we saw in 2018, this is also based on the regular 911 GT2 RS Clubsport model from the 991 generation. This will apparently bridge the gap between that and the 992 generation.

Power comes from a twin-turbocharged 3.8-litre flat-six engine producing 691 hp (515 kW). This grunt is routed to the rear wheels through its seven-speed Porsche dual-clutch (PDK) gearbox.

The inspiration of the model was taken from Manthey’s 911 GT3 R which sports a similar green and yellow livery “Grello”.

One of the car’s prominent features is the centrally positioned radiator that keeps optimal airflow running across the front. It sits behind the central inlet that’s in the redesigned front apron. Aero, as always, is a key part of the car’s performance, with Porsche giving it a closed underbody, a redesigned carbon fibre front lid, and a super-sized rear wing.

The new position for the radiator and subsequently reworked front-end design allowed Porsche to improve airflow to the front brakes by removing the front fender radiators.

Porsche plans to build only 30 examples of the car, and each will start at €525,000 plus country-specific taxes. Porsche expects deliveries to begin in January 2022.

Manthey-Racing Porsche
Share. Facebook Email Twitter LinkedIn WhatsApp Telegram
Previous ArticleLewis Hamilton Spotted In His Pagani After Saying He Will Stop Driving His Exotic Cars
Next Article The 6 Most Popular Car Accessories You Should Consider Getting