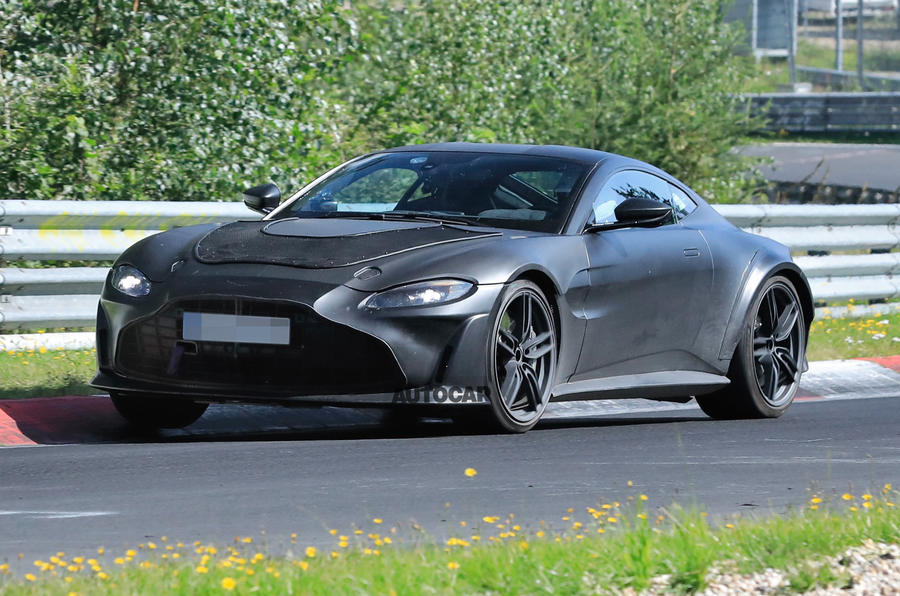 An Aston Martin prototype has been spotted testing and it is believed to be a hardcore variant to top an updated Vantage range.

The Gaydon-based manufacturer is expected to introduce a major update to the Vantage in late 2022 or early the following year. While the focus of the update will be on tech features for the cabin, there will also be this new hardcore variant which is tipped to revive the Vantage V12 RS name first used on a V12-powered Vantage concept car unveiled in 2008.

As you can see in the spy shots, the prototype is sporting some makeshift panels but you can see the huge vents in the hood, air curtains in the front fascia, a widened track front and rear, an aggressive rear diffuser, and centrally mounted exhaust tips.

CEO Tobias Moers has previously spoken of the challenges involved in making Aston’s V12 compliant with impending Euro 7 emissions regulations but hinted that “aficionados for a V12” around the world might make such an endeavour worthwhile.

If this is the case, we can only assume a V12-powered Vantage will be part of a limited production run to reduce the impact on Aston’s fleet-average emissions figures.

If you are hoping for a manual variant, you are going to have to go somewhere else as Aston Martin has already confirmed that the manual transmission will be phased out before the arrival of the updated Vantage range.