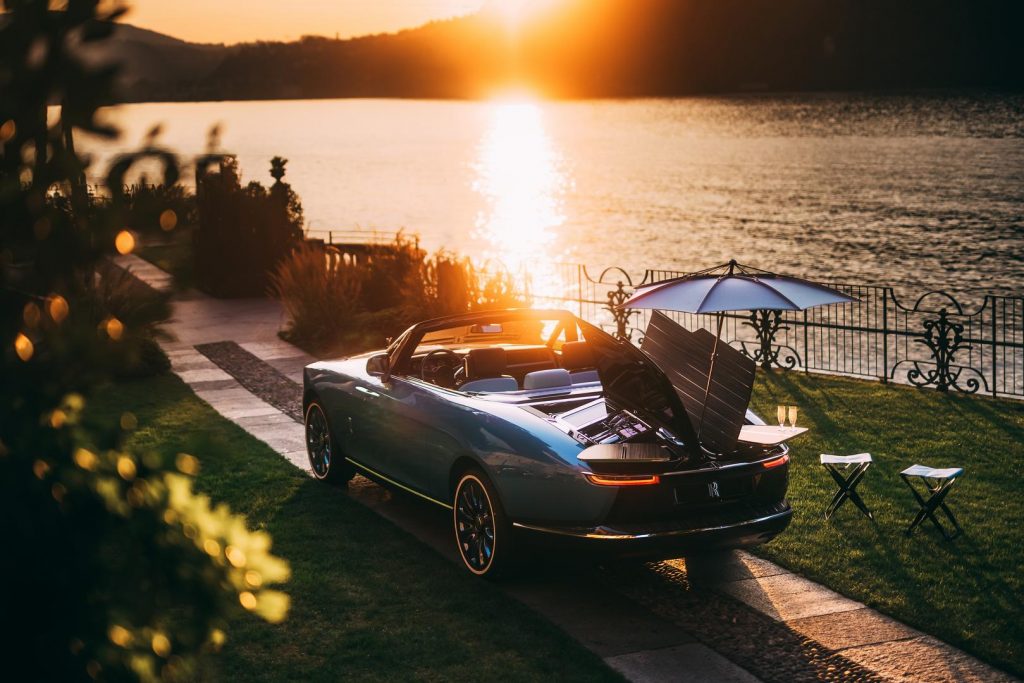 The Concorso d’Eleganza Villa d’Este was held on the shores of Lake Como, between the 1st and 3rd of October and the most expensive new car in the world (priced at $28 million) made its public debut.

The Rolls-Royce Boat Tail is one of the British automakers’ most spectacular masterpieces, and what better setting to debut such a car, than on the lawns of Villa D’Este.

This was the first time the Boat Tail was displayed in public for guests and journalists to examine and admire, the detailing and construction of the vehicle which was designed and hand-built at the home of Rolls Royce, a project which lasted almost four years.

Rolls-Royce did not specify what powertrain it featured but we would assume it is the 6.7-litre twin-turbo V12 delivering 563 hp (420 kW) as found in the Cullinan and Phantom. Perhaps it has the more potent ‘Black Badge’ output of 600 hp (447 kW) but does that really matter?

The car was commissioned by a small group of three very wealthy clients, who wish to remain anonymous.

“It is a truly historic moment for the marque. We are leading a modern coachbuilding movement that takes the wider luxury industry into an entirely different space, where hyper-personalisation and contemporary patronage provide essentially limitless possibilities.” – Torsten Müller-Ötvös, Chief Executive Officer, Rolls-Royce Motor Cars.