Next Mercedes-AMG C43 Could Be Called C45 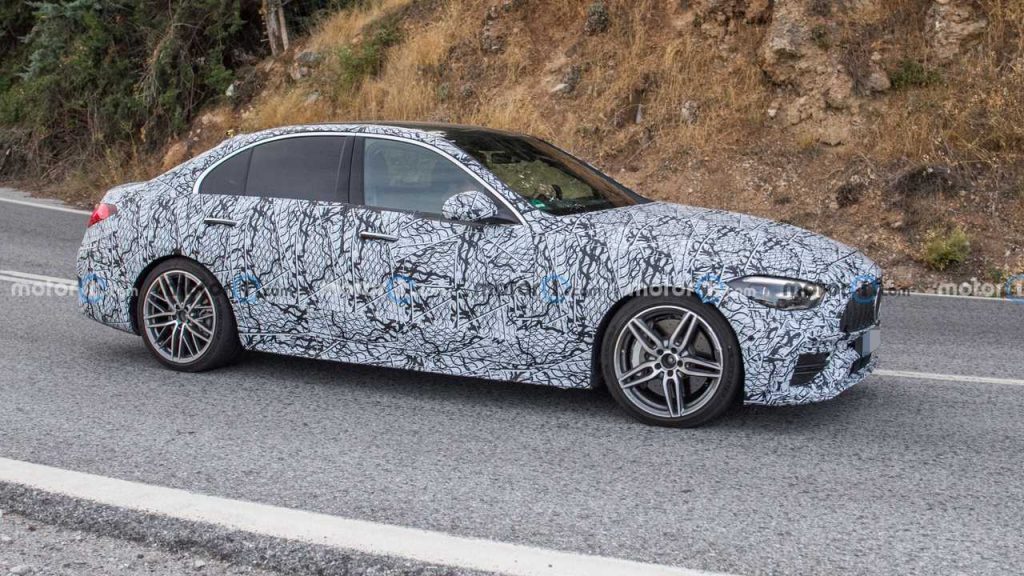 All the focus is currently on the next Mercedes-AMG C63 but what about the very popular ‘lite’ version we know as the C43?

This less powerful variant has been spotted testing in the South of Europe and there seem to be some conflicting reports regarding the model’s name, with some saying it will stick to the C43 badge while others claim it’ll be aligned to the 53 monikers used by the E53. Plot twist – Auto Bild argues the name will be C45.

Whatever they decide to call it, it will sport the round exhaust tips, less aggressive AMG styling, slightly smaller wheels and some faux front air intakes.

The new C45 will also be powered by the four-cylinder 2.0-litre turbocharged unit from the A45 but without the rear-mounted electric motor reserved for the C63. It’s unclear whether the combustion engine will benefit from the electric turbocharger developed originally for the AMG One hypercar or if the tech will be limited to the C63.

If they stick to the combustion engine with the electric turbocharger, the system can push out as much as 442 hp (330 kW) which is a bunch more than the 385 hp (287 kW) the current C43 delivers from the twin-turbo 3.0-litre V6.

We’re expecting the C45 to debut first, likely early next year, with the C63 to arrive later in 2022.